Bigg Boss 14 winner Rubina Dilaik is all set to make her Bollywood debut with the film Ardh. Directed by singer and music composer Palash Muchhal, the film is a story of a struggling actor in Mumbai. 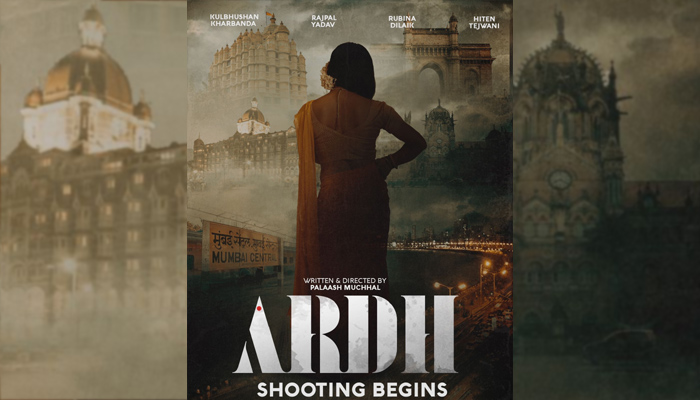 On Tuesday, Rubina shared the first poster of the film announcing that the shoot has begun. “New Beginnings #ardh @palash_muchhal @hitentejwani @rajpalofficial (sic),” Rubina wrote while sharing the poster.

In the poster shared by Rubina, she is seen wearing a saree with gajras adorning her hair. She is seen posing with the back to the camera and the background has iconic locations of the city of Mumbai including Gateway of India, Hotel Taj Mahal, Mumbai Central railway station, Siddhivinayak temple, and the Marine Drive.

“‘Ardh’ is about the struggle of an actor in a city like Mumbai. The film will showcase the experiences of my 15 years journey,” director Muchhal said in a statement.

Veteran actor Kharbanda revealed he is playing a small yet powerful role in ‘Ardh’. Tejwani, best known for soap operas, said he is thrilled to be teaming up with Muchhal.

Reportedly, Rajpal Yadav plays a transgender who comes to Mumbai to become a hero. Rubina’s character becomes his support in the new city while Hiten plays his best friend.