Jr NTR, Ram Charan, Ajay Devgn and Alia Bhatt starrer RRR Glimpse is out and we are already speechless. The 45-second-long teaser gives us a glimpse of what the film is all about. The extravagant visuals and the grandeur are visible in every frame. 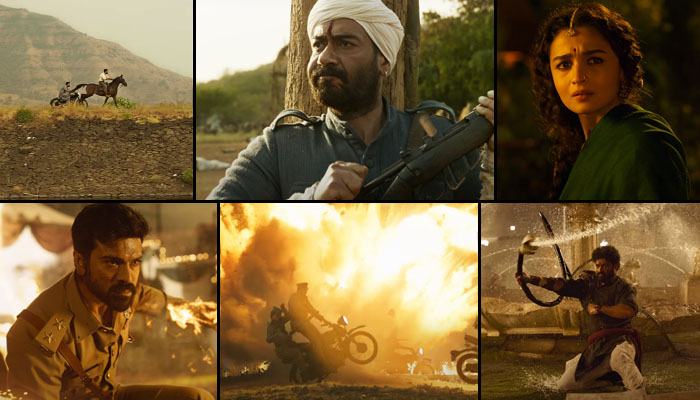 On November 1, the official Twitter handle of RRR shared the first glimpse and wrote, “The era of #RRRMovie has just begun! Presenting the much anticipated #RRRGlimpse. Let’s together bring back the glory of Indian cinema. In cinemas from 7th Jan 2022 (sic).”

On the whole, the glimpse of RRR promises one more humongous attempt from Rajamouli who never disappointed the Indian audience. The background score by MM Keeravani is magical and the cinematography work is spectacular.

This much-awaited magnum-opus RRR is all set to hit the theatres this year, on 7th January, all across the nation. Before the release, the North India theatrical rights, electronic, satellite and digital rights of RRR have been sold to the leading Bollywood studio Pen India Ltd.

RRR is being touted as one of the biggest films of 2021 as this is SS Rajamouli’s next after the grand ‘Baahubali’ series. The fictionalised tale will showcase Ram Charan and Jr. NTR in the iconic roles of Alluri Sitarama Raju and Komaram Bheem respectively, showcasing the journey of before they became legend.