After giving an action-packed blockbuster performance in Milap Milan Zaveri’s Satyameva Jayate, John Abraham is ready to take off with upcoming espionage drama Romeo Akbar Walter (RAW). The film is being directed by Robbie Grewal and is produced by Ajay Kapoor, Dheeraj Wadhwan, Vanessa Walia and Gary Grewal. 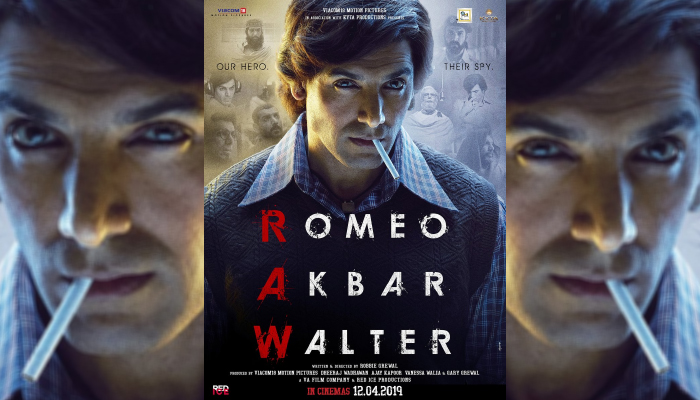 On Wednesday, January 23, makers revealed the first poster of Raw that features John Abraham, who can wearing a checked shirt and cardigan, A cigarette can be seen dangling from his lips as well. Apart from the main photo, the actor can be seen sporting different looks across the poster.

In the background, we can also see John in different other looks which he will sport in the film. Romeo Akbar Walter also features Jackie Shroff, Mouni Roy, Suchitra Krishnamoorthi and Sikandar Kher. The film is collaboratively produced by Viacom 18 Motion Pictures, KYTA Productions and VA Film Company.

The actor himself took to Twitter and shared the first look poster with fans. He wrote, “One man. Many faces. One mission – to protect his country. Presenting ‘Romeo’ from #RAW, based on the true story of a patriot. #RAWRomeo”.

‘RAW’ is set against the backdrop of the Indo-Pakistan War of 1971 and is said to be inspired by true events. Being directed by Robbie Grewal, this is John Abraham’s second collaboration with producer Ajay Kapoor after ‘Parmanu’ and is set to release on April 12.