Rajat Kapoor’s upcoming quirky behind-the-scenes drama, Rk/Rkay has been making noise for its unique story and a talented star cast. Now an interesting fact about the film has come that the finance for the film has been collected through crowdfunding. As soon as the intriguing trailer of the film has come out, it initiated the conversation about its missing hero. 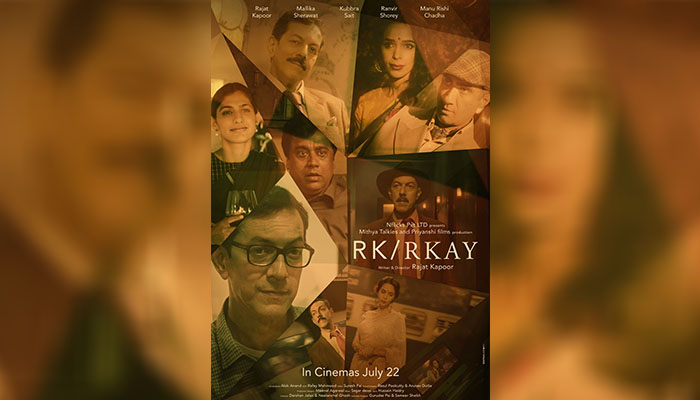 Directed by filmmaker and actor, Rajat Kapoor, the film wasn’t an easy path for him to travel but his determination to make this cinematic wonder was unstoppable and the director went on to go for crowdfunding. While speaking about his journey of collecting funds for the film.

He shared “It’s always difficult to find funding for Indie films. So this time, I started out with the idea of crowdfunding and started reaching out to people. I put in some money of mine, and halfway through the crowdfunding process, Priyam Srivastava and Harshita Karkare stepped in as co-producers. Their faith in the film was amazing, and the film could get made, only because they joined hands”.

“Having said that, there are about 800 people who have contributed towards financing the film with amounts ranging from 100 rupees to 50,000. It’s been an amazing journey” He added. Moreover, Rk/Rkay is one of the few Bollywood films that has been crowdfunded and the last big film was the 1976 release, ‘Manthan’ where 500,000 farmers donated Rs. 2 each to make the film.