Several big-ticket films have announced their release dates in the recent days and the newest one to jump on the bandwagon is Gangubai Kathiawadi. Directed by Sanjay Leela Bhansali, the film stars Alia Bhatt and Ajay Devgn in the lead roles. 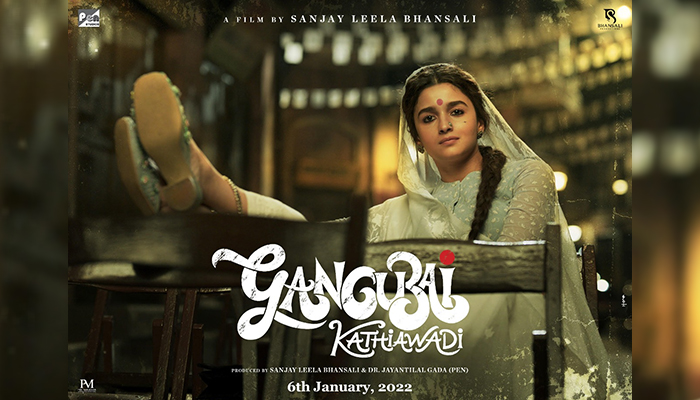 Announcing the release date of the film on social media, Sanjay Leela Bhansali’s production house Bhansali Productions wrote: “The wait to witness her power, strength and resilience ends. Bringing to you a stem-winding story of Gangubai Kathiawadi on January 6, 2022, in cinemas near you.”

In February, Pen Studios had released the teaser for Sanjay Leela Bhansali’s film which introduced Alia Bhatt as Gangu aka Gangubai Kathiawadi, the fearless matriarch of Kamathipura.

In this movie Ajay Devgn plays the role of a mobster, who eventually falls in love with Gangubai while teaching her the tricks of the trade. The duo will also be seen together in SS Rajamouli’s RRR, which will be distributed by Pen Studios.

The film is partially based on the book ‘Mafia Queens of Mumbai’ by S Hussain Zaidi. The film is set to release in theatres on January 6, 2020.