Christened as the national crush, Rashmika Mandanna is all set to make her debut in Hindi cinema with RSVP and Guilty By Association’s upcoming collaboration Mission Majnu. Last seen in Pogaru and Sarileru Neekevvaru, Rashmika joins Sidharth Malhotra for the shooting of the espionage thriller in Lucknow. The RSVP and Guilty By Association production is currently on the floors and it has been trending in the news since its announcement. 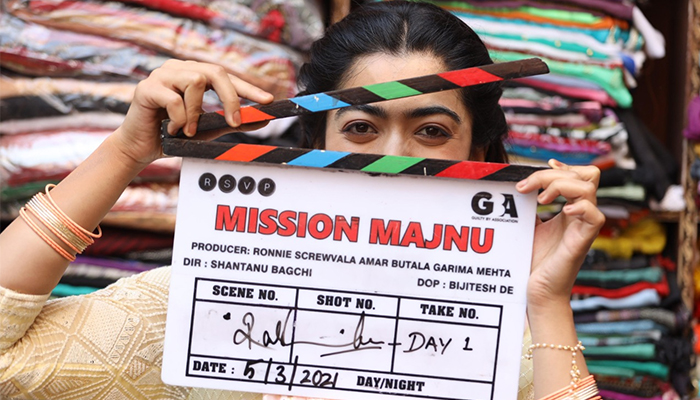 Rashmika will be seen essaying a pivotal role in the film that chronicles the journey of a RAW agent who heads India’s covert operation on Pakistani soil. About kicking off the shoot, Rashmika says, “Mission Majnu has given me the opportunity of feeling the nervousness, excitement and butterflies of a debutante all over again. I am thrilled to be a part of such amazing content and I am really looking forward to this exciting journey with RSVP, Guilty By Association, Siddharth, Shantanu and the entire team.”

Ronnie Screwvala, Producer, RSVP says, “We welcome Rashmika aboard and we’re glad to have kicked off the Lucknow schedule as planned. I think the audience will be thrilled to watch her debut with an espionage thriller. It is a story set in an era that saw intriguing developments in the world of espionage and Rashmika will lend freshness to the story.”

Amar Butala, Producer, Guilty By Association says, “The entire team is very thrilled to have Rashmika on board. She brings an energy that is unique to her and we’re all putting our best foot forward to make Mission Majnu a big-ticket theatre experience. There’s so much excitement around her Hindi debut that it feels great to work around it.”

Garima Mehta, Producer, Guilty By Association says, “An exciting chapter has begun with Rashmika kicking off the shoot in Lucknow. Her performances in South Indian films have earned her recognition and popularity across India. We rest assured knowing that the cast will most definitely elevate the storyline.”