Veteran comedian Johny Lever has joined the cast of Rohit Shetty’s directorial venture Cirkus and has started shooting for the same. Ranveer Singh, who plays the lead role in the film, took to his Instagram story to announce the news. Cirkus is said to be an adaptation of William Shakespeare’s play The Comedy Of Errors. The film also stars Jacqueline Fernandez, Pooja Hegde, Varun Sharma and Murli Sharma in pivotal roles. 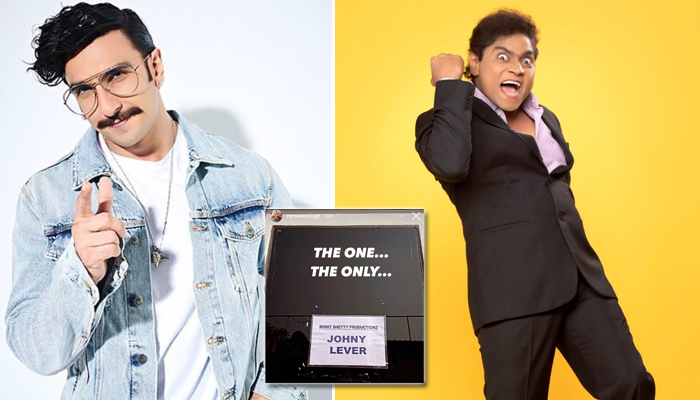 According to a report in The Times of India, Ranveer Singh, Varun Sharma, Pooja Hegde and Murli Sharma started shooting for Cirkus at Mehboob Studios in November last year. A source close to the development told the publication that Rohit and Ranveer kicked it off very quietly, without calling for too much of attention. The director wants to finish shooting Cirkus by February end. A few portions of the film are supposed to be shot in Goa and Ooty at a later date. The team started shooting for the film without Jacqueline Fernandez, who was in Dharamshala shooting for Bhoot Police at that time.

Cirkus is Ranveer Singh’s second collaboration with Rohit Shetty. Earlier, they have worked together in 2018 film Simmba. While it was earlier rumoured that Cirkus will be a remake of Sanjeev Kumar, Moushumi Chatterjee and Deven Varma’s 1982 comedy classic Angoor, latest reports claim that it is actually the Hindi adaptation of William Shakespeare’s The Comedy Of Errors.