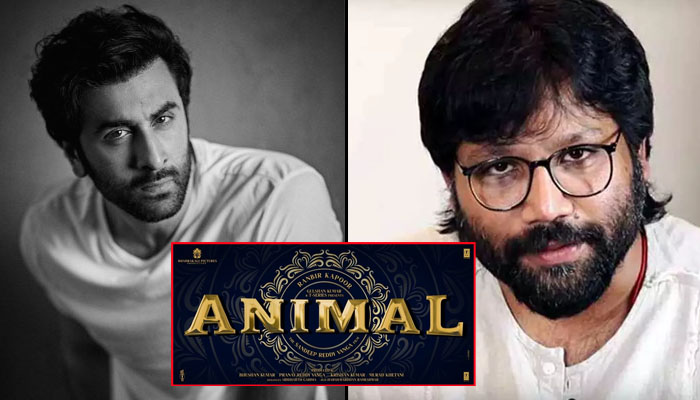 Starting 2021 with a bang for the makers of this ‘Crime Drama’ film as they unveiled the title of the film with a superb BGM by Harshavardhan Rameshwar just as the world celebrated the onset of a new year. The title announcement video with Ranbir’s voice gives a glimpse of what to expect from the film. Joining Ranbir Kapoor in ANIMAL are debonair Anil Kapoor, stunning Bobby Deol and talented Parineeti Chopra.

Sandeep shares, “I’m very happy to associate with Bhushanji and T-Series family along with my home production Bhadrakali Pictures headed by my brother Pranay Reddy Vanga. I’m very excited to call Action & cut on Ranbir Kapoor. The exemplary Anil Sir, Bobby Ji and sprightly Parineeti will be adding so much to the film.”

Talking about the film, Ranbir Kapoor shares, “During the pandemic we all got some time to introspect and choose films that are close to our hearts. So when Sandeep narrated the story, I grew close to the character and was immediately keen on doing the role. I’m a huge admirer of both of his movies and really looking forward to our creative collaboration. Bhushan sir is one of the producers who is backing strong content entertaining cinema and his immense knowledge of music will be seen in Animal. I am so grateful to work with such a great ensemble cast, I can’t wait to start shoot for Animal.”

Bringing together all the pieces to mount this big film, Bhushan Kumar says, “While working and seeing his passion for filmmaking, I knew I had to work with Sandeep again. When he narrated the script of Animal I knew we had a winner. Ranbir fits the role to the T. With his process of working on every character he plays will just uplift his role and add so much to the film. I am grateful to both Anilji and Parineeti, with whom I am working again, that they agreed to complete this power-packed cast.”

Murad Khetani concludes, “Animal is a film that is very close to all of us because of its concept and the way Sandeep will be treating it will be beautiful. Associating with Bhushanji and Sandeep is a smooth sail and I am grateful Ranbir, Anilji and Parineeti instantly came on board for this story. We can’t wait for the audience to experience it.”

The dialogues of the film are being penned by ace writers Siddharth – Garima who were part of the successful Kabir Singh team. Animal is directed by Sandeep Reddy Vanga and produced by Bhushan Kumar & Krishan Kumar’s T-Series, Pranay Reddy Vanga’s Bhadrakali Pictures & Murad Khetani’s Cine1Studios.