After a fabulous response to the trailer of Taish, Pulkit Samrat is back again. This time the actor will be seen in ‘Haathi Mere Saathi’ which will be released in theaters on Makar Sankranti 2021 in Hindi, Tamil and Telugu! 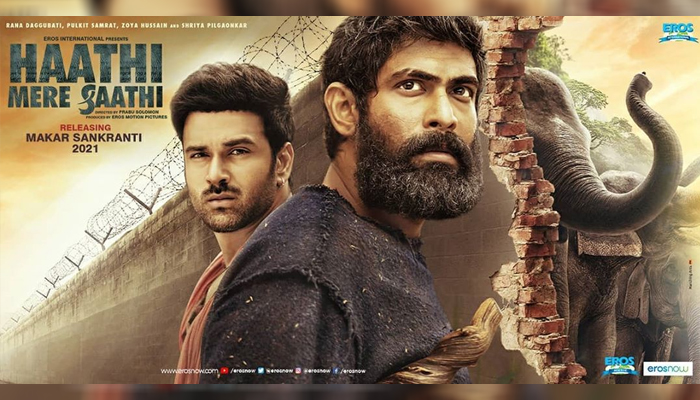 Taking to social media to announce the upcoming film, he shared that the film would have a theatrical release. After a long year of no cinematic releases, this is really some exciting news.

We have seen Pulkit Samrat’s versatility shine in all his films, and we are more than sure that the same will hold true for Haathi Mere Saathi, where he will be seen alongside South superstar Rana Daggubati.

A film about a very strong and relevant problem in today’s world, the film tackles the issue of global warming and deforestation that impacts the wildlife and the human population as well. Climate change, a very real problem that is slowly destroying the earth, and it is caused by these. An impactful movie, it is sure to move each and every member of its audience.

The motion poster for the film was just released, and the excitement for the early 2021 release is already brewing! We cannot wait to see Pulkit star alongside Rana in a movie with such a relevant social message.