Mega Power Star Ram Charan ’s line up of films is getting bigger with each passing day. While he already has three films in the pipeline, yet another new and refreshing film has been added to the list. On the occasion of Dusshera, the actor gave away a small festive surprise to his fans with the announcement of his next film on his social media. 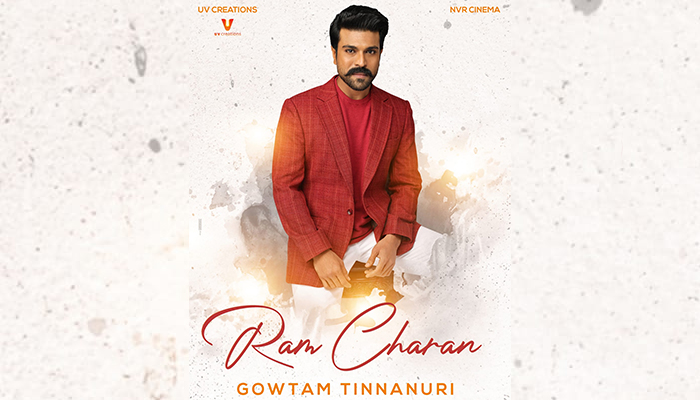 The movie is being directed by Gowtam Tinnanuri of Jersey fame, who is currently working with Shahid Kapoor for the Bollywood remake of the same. The movie is being bankrolled by NVR Cinemas and producers of Sahoo, Radhe Shyam – UV Creations

In his announcement tweet, he had mentioned, “A combination I’m definitely looking forward to! @gowtam19 @UV_Creations @NVRCinema #RCwithGowtam.”

In the picture posted by the actor, he can be seen in a crimson red blazer and his signature classic beard. He was looking dapper and sharp. Going by the tweet, it looks like the star is quite excited about this combination.

The title of the film, cast and crew details are yet to be announced. This is the first time, Ram Charan and Director Gowtam are coming together for a film.