In a podcast with Next Big Picture, Mega Power Star Ram Charan was evidently elated while talking about being in Los Angles for the Golden Globes Awards. He said it is satisfying to see the west recognising Indian cinema. “It is a great moment for all of us,” he added. 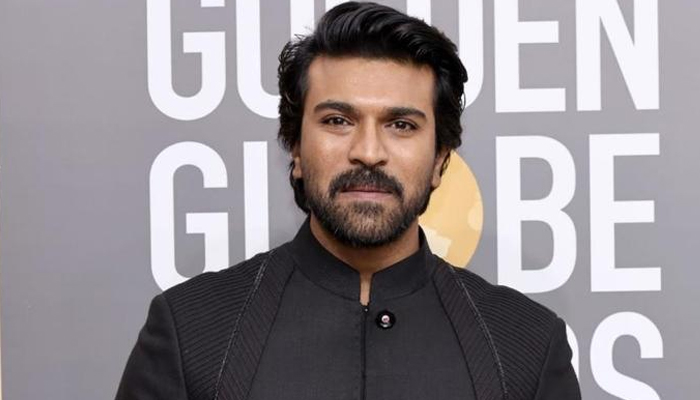 When asked about how he bagged the role of Alluri Sita Rama Raju, Ram Charan said, “I have worked with Rajamouli before. So did Tarak. When he chose the concept of two best friends on screen and drama around them, he thought it would be ideal to take in two actors are who are friends off screen. That’s the main reason why he chose us. He doesn’t do favours to anyone expect for his film and scripts,” he stated.

When asked if he looked back at his own family’s history while prepping for the character, he said he didn’t. “It’s a fictional take of the director on these characters. It has nothing to do with what they really did. He didn’t go through the autobiography. It’s the essence and the aura behind the characters. He has created his own story around it. It was pretty much like a new script. We didn’t have to dwell into the history,” he said.

Talking about the workout regimen, Ram Charan said, “If you had to be casted in Rajamouli’s movie, his actors had to look the best and ripped. I used to make fun of him saying he was body-shaming us. I’d like to be fit in general. But Rajamouli’s level of fitness is on another level. With Pandemic, it was all the more difficult. It was supposed to be the fastest film but with pandemic, we had to maintain for two more years,” he added.

While talking about playing Alluri Sita Rama Raju, he said, “It is a lot of responsibility to play a character from history. People are aware of the history and it’s a responsibility. The last 15 mins was as challenging as the entire film.”

Concluding on the electrifying note, the moderator asked about Naatu Naatu and how people responded with love and also how he managed to pull it off with that speed. Ram Charan said, it took 6 full days of work to rehearsals and practice. I pretty much lost 4 kgs and Tarak lost 2-3 kgs. My knees still wobble when I talk about that song. Tarak and I have our unique abilities and style. The choreography was not tough because we have done tougher ones, it was the script that was demanded. It was two bodies that had to look like one. The synergies and thoughts that we are alike had to be put out well. It was two bodies, one soul. We had to synchronise every single frame, every single step. It was not Ram Charan style or Tarak style, it was Rajamouli style. We kept going on loop like a marathon.”

When asked if he would do it on the Golden Globes stage, he immediately said, “of course and 17 times just like the takes.”

“I can see what Rajamouli envisioned and it’s a big feather in our hat. It’s very satisfying to see all the love,” he smiled.

For the west audience, Ram Charan asked them to watch films like Rangasthalam, Bahubali, Eega, Aarvinda Sametha etc to fall in love with Indian film making!