Acharya, starring Chiranjeevi & Ram Charan will surely make history as the first film which will have the mega super powers are sharing screen space. The two most sought after and loved stars have got all their fans in a frenzy across the globe as they wait for the film to release. The cherry on top? The fact that they are a dynamic father-son duo who have won hearts across the world, surely makes aacharya the most anticipated film of the year. 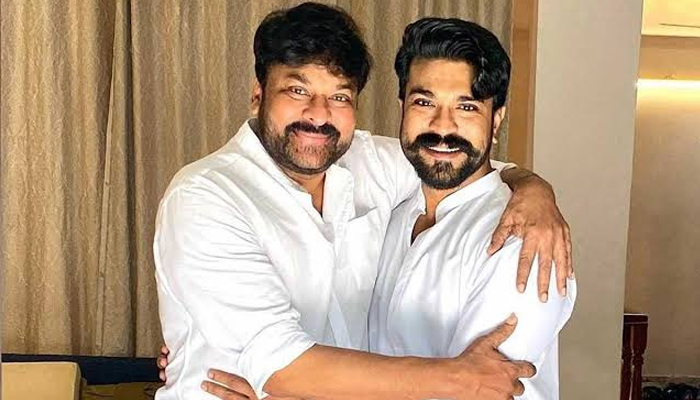 Chiranjeevi, a legendary mega power star, has reigned over the box office with landmark films & money spinners since the past 4 decades. Worshipped by his fans, he has delivered some of the most iconic films in the industry, swear his fans. Ram Charan, made a whirlwind of a debut with his film, Magadheera in 2009 which propelled him to join the league of superstars with the blockbuster hit.

Ask a Chiranjeevi or Ram Charan fan what they wish for, and pat will come the reply that they would love to see the father-son combination on the big screen and thus Acharya comes into existence! Unlike Khaidi No.150 or Magadheera where Chiranjeevi & Ram Charan both had cameos, Acharya will see complete justice made to the hit combination with no exceptions and superstars of such high stature surely gives the film the title of being made on a MEGA-scale!

Charisma, acting par excellence and what not, Ram Charan paved his path towards mega stardom with Rangaathalam and Rajamouli’s upcoming film RRR where as the legends art mega star, Chiranjeevi hit all the right notes and won everyone’s hearts with Khaidi No 150 in 2017. It is because of this fandom that Acharya was conceptualised which features the first father-son mega power duo of the country!

‘Acharya’, produced jointly by Ram Charan and Niranjan Reddy, is currently in the making.