The highly anticipated thrilling drama Mayday which brings together Amitabh Bachchan and Ajay Devgn after 13 years will have the gorgeous actress Rakul Preet Singh join its stellar cast. 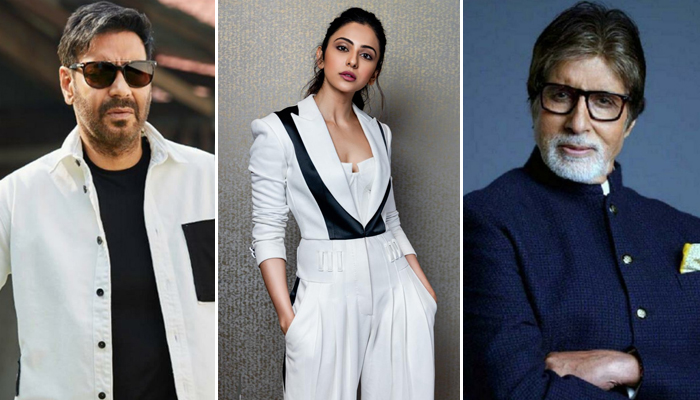 Rakul will be seen essaying the role of a co-pilot in this edge of the seat drama. This will be her second outing with Ajay Devgn after De De Pyaar De and she will be sharing the screen with Amitabh Bachchan for the very first time.

Rakul Preet herself took to Twitter and announced the news. She wrote, “Can’t express how thrilled I am to be on board ( literally ) as a copilot in #MAYDAY . It’s a dream come true to work with @SrBachchan sir . @ajaydevgn thankyouuu and preparing for takeoff.”

Talking about joining the Mayday team, Rakul shares, “I have worked with Ajay sir in the past and extremely thrilled to be working with him yet again as his co-pilot in a film where he is not just my co-star but director too:) When I decided to be an actor like all the other aspiring actors I had a dream to work with Mr. Bachchan and I am so glad that with this film my dream to share screen space with him will come true.”.

Rakul will begin the shoot of Mayday mid-December in Hyderabad. The film will be produced by Ajay Devgn Ffilms and directed by Ajay Devgn. Besides this, Rakul is also a part of Arjun Kapoor, John Abraham, Aditi Rao Hydari’s cross-border love story.