Superstar Akshay Kumar has many interesting projects lined up and one of them is Aanand L Rai’s directorial Raksha Bandhan. The shooting of the film started in Mumbai, India, a few weeks ago, and recently, the team wrapped up a schedule in the city. 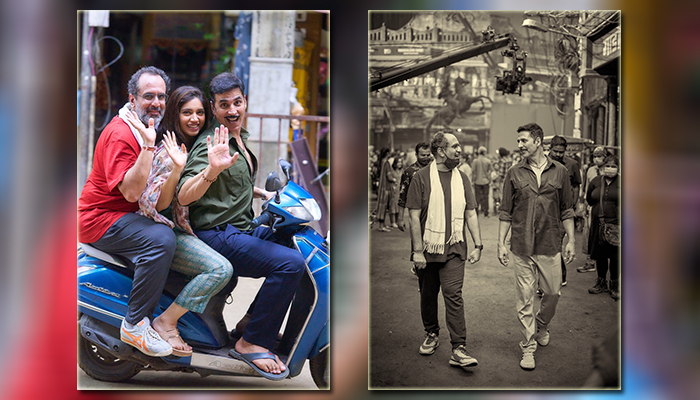 Akshay Kumar wrote on Twitter, “I’m already missing walking down these streets of Chandni Chowk. Even though it was a make-believe set you made it look so real, take a bow @sumitbasu62. My wonderful co-star @bhumipednekar, thank you for providing the right balance with your splendid talent,”.

“And @aanandlrai sir what can I say about you, besides that you’re a wizard and today as we wrap up the Mumbai schedule of #RakshaBandhan, I know I’m leaving the set a better actor,” he added.

“Raksha Bandhan”, featuring Bhumi Pednekar as the female lead, is billed as a special tale which celebrates “relationships in the most beautiful way”. The film also features Sadia Khateeb, Sahejmeen Kaur, Deepika Khanna and Smrithi Srikanth in the role of Kumar’s sisters.

Kuamr said he has evolved into a better actor while working on “Raksha Bandhan”, his second collaboration with Rai after upcoming drama “Atrangi Re”. The film is penned by writer couple Himanshu Sharma and Kanika Dhillon, is dedicated to his elder sister Alka Hiranandani. Presented and distributed by Zee Studios in association with Hiranandani and Rai, “Raksha Bandhan” is backed by Colour Yellow Production and Cape of Good Films.