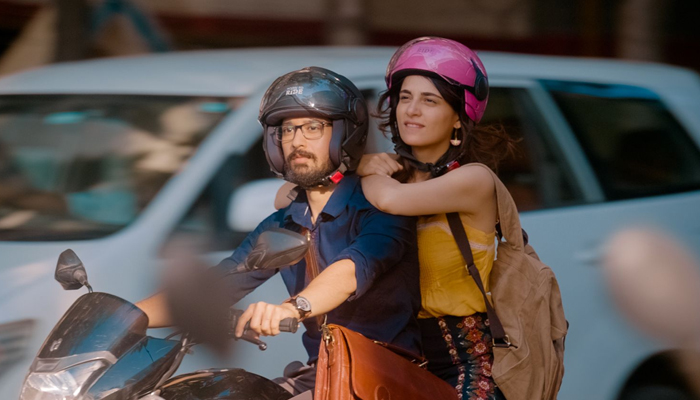 “I am more than thrilled and grateful! I feel Toronto has been really lucky for me in the past and I have the fondest memories at the festival. I couldn’t have asked for a more fitting platform for the film’s showcase”, shared Radhika Madan.

Taking it to her Instagram account and she further shared her elated expression, and wrote, “Kacchey Limbu a film that’s all heart is set to have its World Premiere at the 47th Toronto International Film Festival (TIFF) in September 2022! I’m more than humbled and honestly still trying to process this information. 🙈 I hope Toronto will be as kind as it was the last time.🤞😇🤍Let’s go get this team!🙌”.

Kacchey Limbu is directed by the debutant director Shubham Yogi and focuses on the concept a young girl, Aditi portrayed by Radhika figuring out her ways to complete freedom. The film also focuses on the bond and love between siblings.

Radhika Madan who has had an awesome first half of the year shooting for 5 back to back films, is now kick starting the second half with appreciation and rewards from every corner of the world indeed. Apart from Kacchey Limbu, Radhika Madan has an exciting slate of line up which includes her first titular film Sanaa, directed by Sudhanshu Saria, Hindi remake of the national award winning film Soorarai Pottru alongwith Akshay Kumar, upcoming directorial debut of filmmaker Vishal Bhardwaj’s son Aasmaan Bhardwaj’s Kuttey and Homi Adajania’s Saas Bahu aur Cocaine.