Exhibiting the true mark of quality content and performance, Radhika Madan has represented Indian Cinema not once but twice this year with two of her upcoming films impressing the global audience at premieres. After ‘Kacchey Limbu’ garnered praises and appreciation at the Tornoto International Film Festival, Radhika Madan’s Sanaa has now casted its magic at the Tallin Black Nights Film Festival. 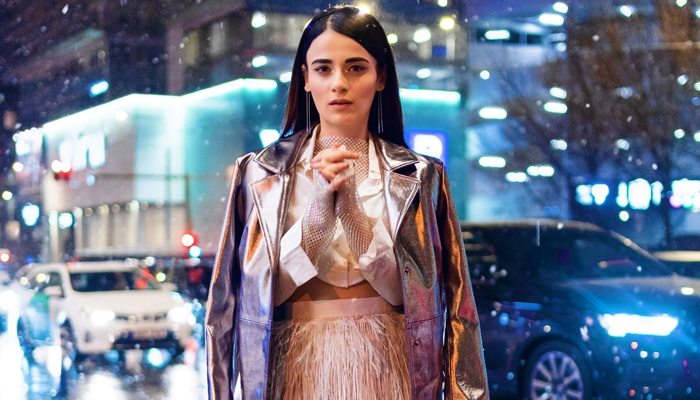 Radhika Madan and film festivals is a combination made for each other, as the talented actress marked her third International Film Festival release recently. With her first feature film Mard Ko Dard Nahi Hota winning hearts and awards at the Tornoto International Film Festival, Radhika made global ripples right from the beginning of her film career. Proving her mettle yet again, Radhika’s Kacchey Limbu was recently premiered at TIFF, now followed by the global premiere of Sanaa at Tallin Black Nights Film Festival.

The actress was inundated with praises by the audience at the film festival, applauded, hugged and appreciated post the premiere. Attended by majority of non-Indians, the film festival in Estonia whole-heartedly accepted Sanaa and resonated with Radhika Madan’s character, owing to her fantabulous performance. From teary-eyed audience members hugging Radhika post the film to numerous cinephiles applauding her acting skills, Radhika was left stunned at the response.

Expressing her gratitude, Radhika Madan shares, “I am truly honoured, humbled and blessed to have my work acknowledged and appreciated, not only in India but also across the globe, it is really unbelievable. It feels like just yesterday that I was in at the TIFF for Kacchey Limbu and today I’m at yet another prestigious film festival representing one of the most special films of my life. I am speechless, the response has been surreal and overwhelming, I feel more excited and confident than ever for the Indian release of Sanaa now.”

Defining versatility at its best, Radhika Madan has vowed the audience with her craft since the inception of her journey. Taking on daring steps with every project, Radhika has delivered experimental, unique and impactful characters with impressive performances from Mard Ko Dard Nahi Hota, Pataakha, Angrezi Medium, Shiddat to now looking forward to an exciting list of upcoming projects.

Having wrapped five projects already this year, Radhika is now shooting for her sixth, gearing up for an eventful year of back to back releases. Aasman Bharadwaj’s Kuttey, Kacchey Limbu, Sanaa, Soorarai Pottru’s remake and Homi Adajania’s next, along with Happy Teacher’s Day.