All set to make her Bollywood debut in Dharma Productions’ ‘Yodha’ opposite Sidharth Malhotra, Raashii Khanna shares her gratitude to the team on her first day. 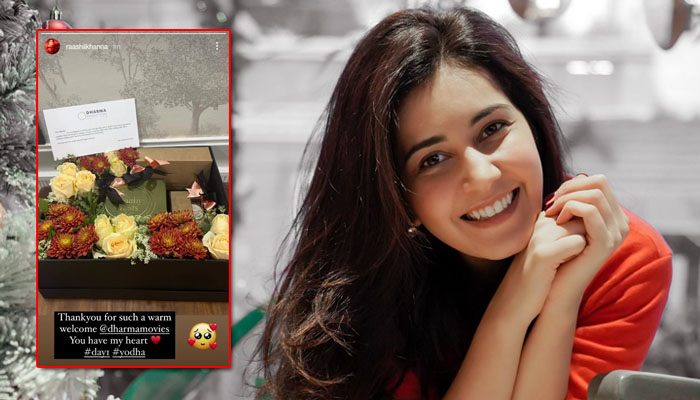 After carving a place for herself in the South Film Industry, Raashii Khanna is now scaling her path in Bollywood with the action entertainer ‘Yodha’.

Sharing a picture of the welcome note from Dharma Production, Raashii Khanna said, “Thank you for such a warm welcome @dharmamovies You have my heart ❤️ #day1 #Yodha”.

Apart from Yodha, Raashii Khanna also has an interesting string of projects to her credit. The actress will be seen with Ajay Devgn in Rajesh Mapuskar’s Rudra: The Edge of Darkness as well as teaming with the stellar team of Vijay Sethupati and Shahid Kapoor for Raj and DK’s next action thriller show.