Producer Rajesh Bhatia is on a roll. After impressing the audience with the 2019 romantic drama – Motichoor Chaknachoor, starring the power house of talent Nawazuddin Siddiqui, Bhatia is all set to mark his debut as a director and writer with his next production – The Insurance – Karma Will Get You. 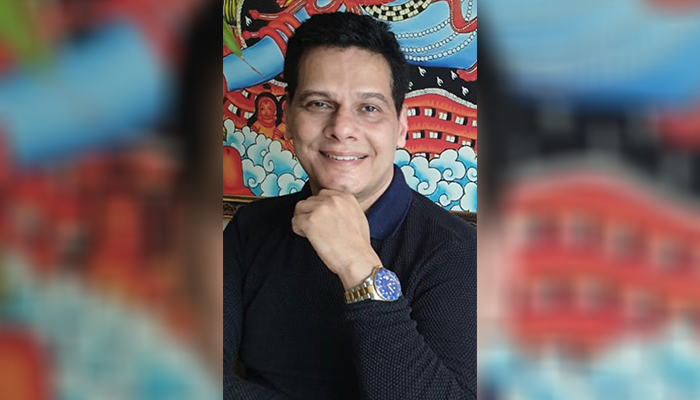 Set in London and India, the film revolves around a person, who believes in the law of Karma – ‘What You sow shall you reap.’ Relatable to the common man, The Insurance – Karma Will Get You, is about this person’s mission to expose the scams and get the common people their rightful claims in – THE INSURANCE.

Commenting about his brain child, Bhatia, who had earlier directed several Ad films, said, “I strongly believe in Karma and I got the germ of the idea for this concept 3 years ago. I have been working on the script since then. It’s a story which clearly speaks about Karma – what you sow, shall you reap. The experiences around me has immensely helped me build on the script. The lockdown further helped my team and me to lock it into a Hard/bound script”.

“We have already started working on the pre-production. I always believe that if the pre-production for the project is done properly, the shoot is a smooth ride. In fact, I have even got the smallest details of the film sorted with a story board and mood board. I like to be doubly sure that everything is in line and place with strong preproduction at this stage. It’s an ambitious and expensive project, which also involves VFX. Hence ,we will have some well-established names, which will be announced shortly” he added.

The Insurance- Karma Will Get You, like Bhatia’s earlier projects, will be shot in a start to finish shooting schedule of 48 days in London. Meanwhile, Bhatia’s upcoming film – Bole Chudiyan, starring Nawazuddin Siddiqui and Tamannaah Bhatia is all set to be released on an OTT platform.