After wrapping up the first shooting schedule of Adipurush. According to sources close to the team, this will be a two-month-long schedule in Mumbai. 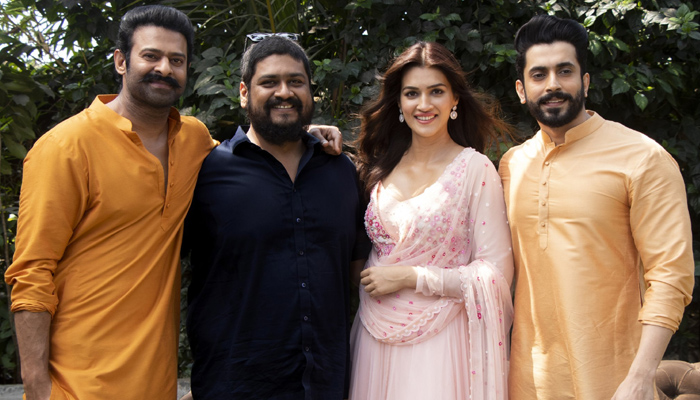 A source close to the actor shared, “Sunny has begun shooting for the next schedule of Adipurush along with Prabhas and Kriti in Mumbai, it’s a two month long schedule. Sunny along with others in the cast is also doing dance rehearsals for the songs in this film.”

On sets shooting for his upcoming project alongside Prabhas and Kriti, fans of Sunny are excited to get a glimpse of his role in the mythological film based on Hindu epic of Ramayana. The actor is all set to essay the lead role of ‘Laxman’ in this Pan-India film.

Prabhas recently wrapped up the shooting of director Radha Krishna Kumar’s Radhe Shyam. The film will release in theatres on January 14. It will clash with Mahesh Babu’s Sarkaru Vaari Paata and Pawan Kalyan-Rana Daggubati’s Bheemla Nayak.

Adipurush is a 3D mythological film, which is based on the Hindu epic Ramayana. Directed by Om Raut, the film is jointly produced by T-Series Films and Retrophiles. The film will be shot in Telugu and Hindi simultaneously. Adipurush will be dubbed in other languages, including Tamil, Kannada and Malayalam.