‘Shades of Saaho’- Chapter 1, was released on October 23, coinciding with Prabhas’ birthday. The makers are releasing part two of the teaser next Sunday, on the birthday of Shraddha Kapoor, who is playing the female lead in Saaho. The movie will also be the actor’s first stint in Tollywood. 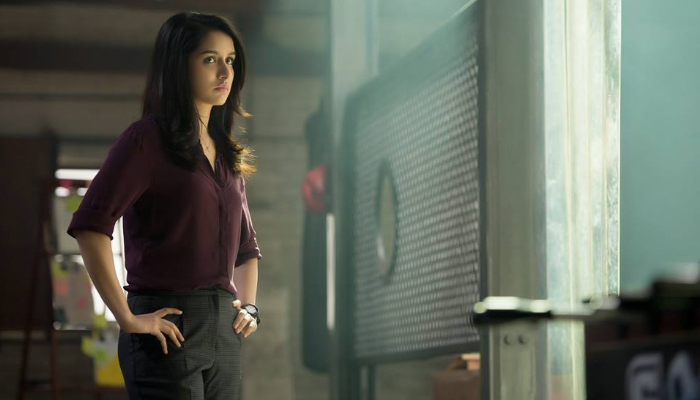 Saaho will be Prabhas next after the mammoth success of the Baahubali franchise in 2017. The actor will be seen on screen after a gap of two years. Directed by Sujeeth, went on the floors last year. The team completed shooting in India and has shot a few major portions in Dubai, Abu Dhabi and Romania.

The others in the star cast of this multi-lingual film are Neil Nitin Mukesh, Mandira Bedi, Arun Vijay, Jackie Shroff and Lal. Bankrolled by U Pramod and V Vamsi Krishna under their banner UV Creations, Saaho is made on a huge budget of around Rs 250 crore.

Shankar – Ehsaan – Loy are composing music for this venture with R Madhie cranking the camera and A Sreekar Prasad editing it. Saaho is all set to hit the screens on August 15 this year. Prabhas’ next after Baahubali will clash with Akshay Kumar’s Mission Mangal and John Abraham’s Batla House at the box office.

Who among these will win the race? Will be John, who’s enjoying a good run at the box office or Akshay and his stellar star cast? Or Prabhas will take home the trophy with his multilingual film?