Last Friday released, the Bollywood offering Pal Pal Dil Ke Pass, Prassthanam and The Zoya Factor have registered an under-performed opening week at the domestic box office. After an average weekend, the new three releases got failed to remain steady on weekdays. 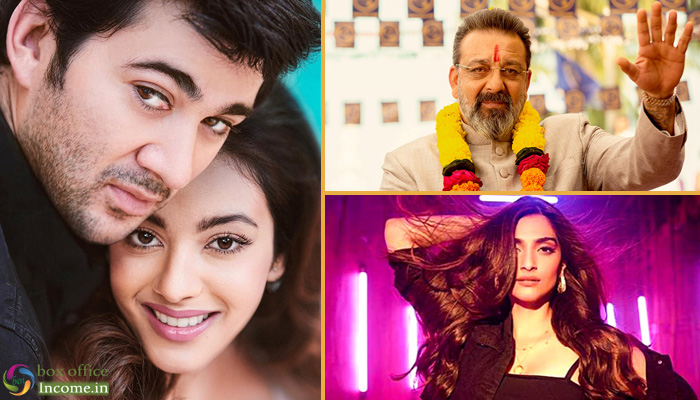 Directed by Sunny Deol, the romantic drama has received mixed reviews from the critics and fail to attract enough audience toward theatres. In the opening weekend, it did the business of 4.42 crores with 1.12 crores on Friday, 1.40 crores on Saturday & 1.90 crores on Sunday.

Then on weekdays, showing a downtrend, Pal Pal Dil Ke Paas minted the amount of 0.65 crore on Monday, 0.50 crore on Tuesday & 0.50 crore on Wednesday. On Thursday, the movie got dropped further and managed to collect the amount of 0.45 crore. With this, its one week total collection has become 6.52 crores nett across India.

On the other hand, the Hindi offering Prassthanam has received mixed reviews from the critics and did the business of 3.05 crores in the opening weekend. On weekdays, it faced a significant drop and raked the business of 0.50 crore on Monday, 0.40 crore on Tuesday, 0.38 crore Wednesday & 0.35 crore on Thursday.

After a week, the total collection of Sanjay Dutt starrer Prassthanam has become 4.68 crores. While Sonam Kapoor and Dulquer Salmaan starrer The Zoya Factor has done the business of 2.95 crore in a week, which included 2.50 crore in the weekend, 0.15 crore on Monday, 0.10 crore on Tuesday, 0.10 crore on Wednesday & 0.10 crore on Thursday.