Parineeti Chopra is on a roll these days. The talented actress is currently getting ready for an upcoming sports biopic based on one of the celebrated tennis player, Saina Nehwal. The actress has been undergoing rigorous training for long now and often post-training pictures on her social media handle. 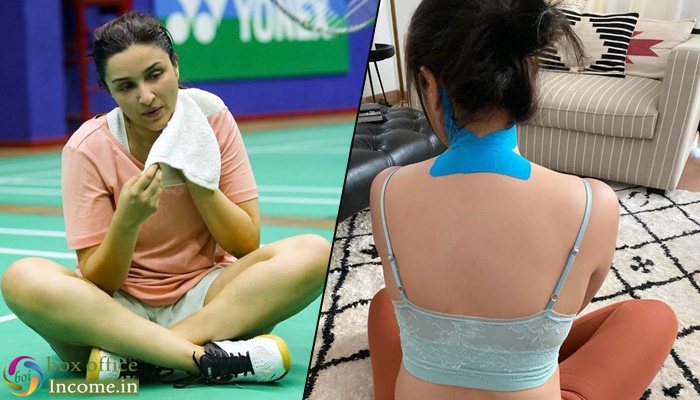 Today, Parineeti Chopra took to her Twitter handle and shared a picture, where she is sitting a neck band-aid. Reason? she got injured while getting trained for the film. She shared how in spite taking so much care, she got injured.

She wrote, “Dude. Me and the entire team of Saina have been taking so much care that I shouldn’t get an injury, but shit happens! Will rest it as much as I can before I can start playing badminton again. 🙏 #SainaNehwalBiopic.”

Earlier, the titular role for this biopic was with Shraddha Kapoor, however sighting her professional commitments and busyness, the makers of the biopic planned to change the actress and Pari was roped in. As per reports, she is being trained by coach Eshan Naqvi.

Apart from this sports drama, Parineeti will also be seen in the Hindi remake of ‘ The Girl On The Train’, where she will be seen stepping into the shoes of Emily Blunt.