It is a shoot wrap for the magnum opus and much awaited film, Adipurush. Images of the cast and director were trending on social media! 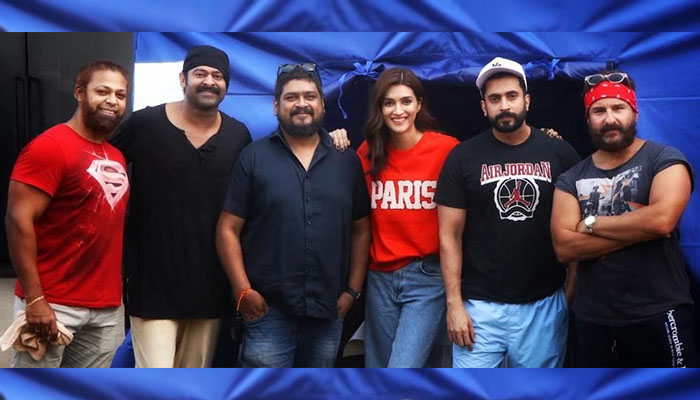 The team of Adipurush posted on their social media saying “it’s a shoot wrap for Adipurush! A wonderful journey has come to its finish line. Can’t wait to share with you the magic we have created.”

Seen in the image taken on the sets are Prabhas, Kriti Sanon, Sunny Singh along with director Om Raut. The multi-lingual period saga is an adaptation of the Hindu epic Ramayana and features Prabhas as Lord Ram, Khan as Lankesh and Kriti Sanon as Janaki.

Adipurush is one of the most expensive films ever made in India. The film is being simultaneously shot in Hindi and Telugu. It will be dubbed in other languages as well. Adipurush is jointly produced by Bhushan Kumar, Krishan Kumar, Om Raut, Prasad Sutar & Rajesh Nair.

The project is slated to release in theatres on August 11, 2022.