Nushrratt Bharuccha wrapped the shooting of her next, a social comedy, Janhit Mein Jaari today in Chanderi, MP. Vinod Bhanushali & Raaj Shaandilyaa produced Janhit Mein Jaari directed by Jai Basantu Singh went of floors in mid-September but had to take an unforeseen break due to Covid. 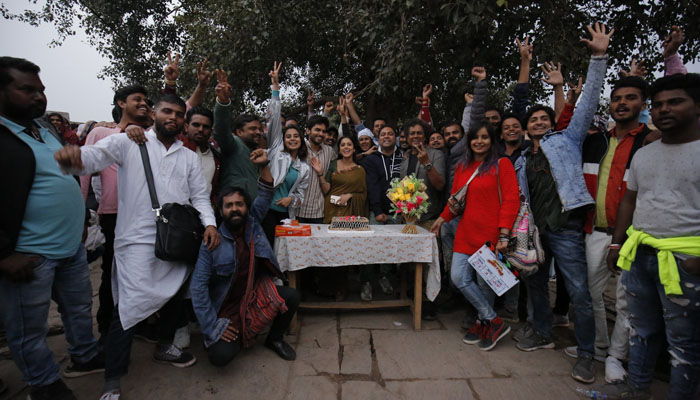 Nushrratt Bharuccha, director Jai and the crew shared some fun wrap-up stills and video on their social media handles to celebrate their wrap up.