Nora Fatehi has always made an impact with her onscreen appearances – The stunning actress will now be seen in a refreshingly new intense avatar in Sachet-Parampara’s latest single ‘Chhor Denge’ presented by Bhushan Kumar’s T-Series. 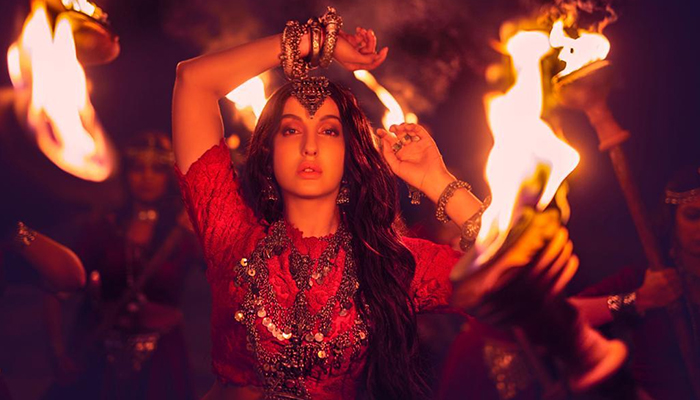 In this track, Nora Fatehi is seen delivering an all rounder performance as an actor while sporting multiple looks ranging from glamorous, ethereal and fierce, most of which have been custom-made for the star.

With lyrics by Yogesh Dubey and vocals by Parampara, ‘Chhor Denge’ is a song of heartbreak and revenge and the unprecedented success of Kabir Singh has already established Sachet-Parampara as masters of this genre.

Shot across Rajasthan, the performance oriented music video directed by Arvindr Khaira, will see Nora not only take on some challenging choreography but also deliver a never before seen intense performance from the star!

In the meanwhile, Nora will next be seen in Abhishek Dudhaiya’s Bhuj: The Pride of India. Besides Nora, the film also features Ajay Degn, Sanjay Dutt and Sonakshi Sinha.