As Nora Fatehi is on a promotional spree for her latest song ‘Naach Meri Rani’, the performer graced The Kapil Sharma Show and took the audience by surprise by breaking into an impromptu rap for the first time on national television. 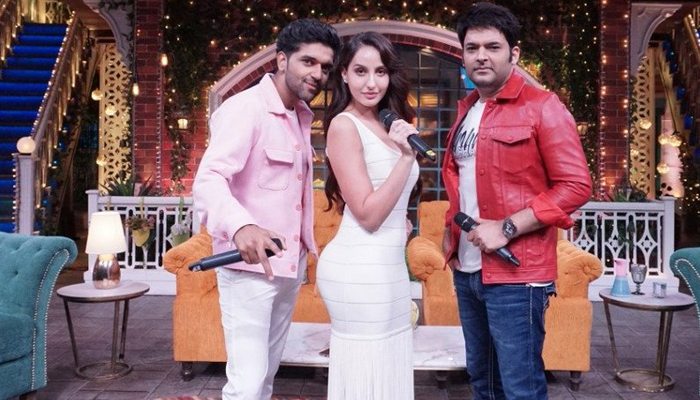 Nora Fatehi and Guru Randhawa appeared on The Kapil Sharma Show to celebrate their first collaboration together for a music video ‘Naach Meri Rani’. It is a known fact that the multi-talented artist Nora Fatehi is also a good singer, however, with her spontaneous rapping skills, Nora has left fans across astounded by even her rap skills.

Sharing the stage with Guru Randhawa, Nora Fatehi rapped in Hindi, impressing not just the live audience but as the episode aired on Saturday, fans on internet too have been beaming with astonishment.

Nora was last seen on the big screen in Remo D’Souza’s Street Dancer 3D, alongside Varun Dhawan, Shraddha Kapoor, Prabhudeva and Raghav Juyal. She will be seen next in Abhishek Dudhaiya’s war drama Bhuj: The Pride of India, which is scheduled for a direct-to-digital release on Disney+ Hotstar soon.

A post shared by Sony Entertainment Television (@sonytvofficial) on Oct 23, 2020 at 7:01am PDT