Soaring high with her back to back successes, Nora Fatehi is one of the most popular and loved performers of the Entertainment Industry, with an unfathomable fanbase in not just India but carving her place to popularity across the globe. Giving a testimony of the frenzy worldwide, Nora Fatehi has hit the 30 Million mark on Instagram, celebrating the same, the actress shared her pictures which are setting the instagram on fire. 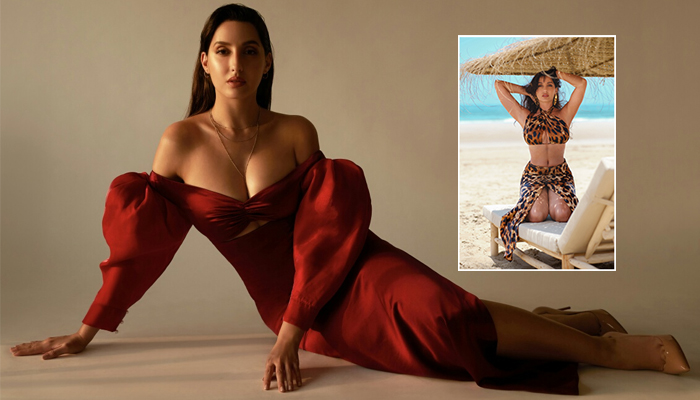 Winning the internet with her recently released song ‘Zaalima Cocoa Cola’, Nora Fatehi and her fans have another reason to rejoice as the actress extends her Insta fam to a whopping 30 Million. Sharing the exclusive pictures on the sea side, Nora Fatehi is seen donning animal print ensemble, looking absolutely ravishing.

One of the fastest growing celebrities, Nora Fatehi has her footprints across the globe with her impressive talent and inspirational journey to success.

Over the years, Nora has created a mark on the audience with phenomenal performances through various mediums. Captivating the masses with imprints across television, films as well as social media, the global icon is leaving no stone unturned to deliver astounding performances.

Gearing up for the release of her upcoming film ‘Bhuj: The Pride of India’ Nora has created immense anticipation amongst the fans and followers to witness her slip into the character of a spy, flaunting her unseen facades of versatility.

Impressing the audience with her action avatar and impactful dialogues through the trailer, Nora Fatehi has piqued the interests of critics and audience alike.