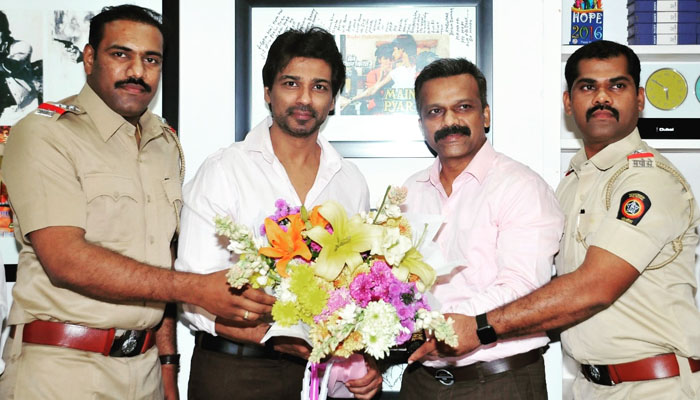 Being a citizen of Mumbai is not only a title that one holds but it also is the citizens duty to help as and when required by the governing body. Nikhil Dwivedi has always gone out on a limb to help the police when they have reached out to him in addition to help those who have been suffering during the times of Covid and the drawbacks it has brought upon us.

As a token of their appreciation, the State Intelligence Unit of Mumbai had paid a surprise visit to the producers office and felicitated Nikhil for his outstanding and undeniable contribution towards the unit and for the help he has provided them as and when required.

“In the past few years, the Mumbai police has been the true blue and real heroes at the frontline in the battle against Covid and the pandemic in general. Their relentless efforts are what keeps us and the city safe and it has been remarkable how they have managed to do so. I am honoured to be felicitated by such a notable governing body,” says Nikhil Dwivedi.

When the State Intelligence Unit of Mumbai arrived at my office along with flowers as a token of their appreciation, I was taken aback. Being such a big governing body, they did not need to felicitate me as I was merely obliging by my duties, but their humble gesture really brought me to feel proud of all that I have done and I will continue to help them to my utmost capacity.” says the producer on being honoured by the department.