Shirley Setia has made quite a stir in the world of Bollywood with her debut film, Nikamma all set to release this Friday, 17th June. The singer and actress has been painting the town red with her film’s promotions and has been in the limelight for her songs in the movie and her fashion sense. The family entertainer also stars Shilpa Shetty and Abhimanyu Dassani. 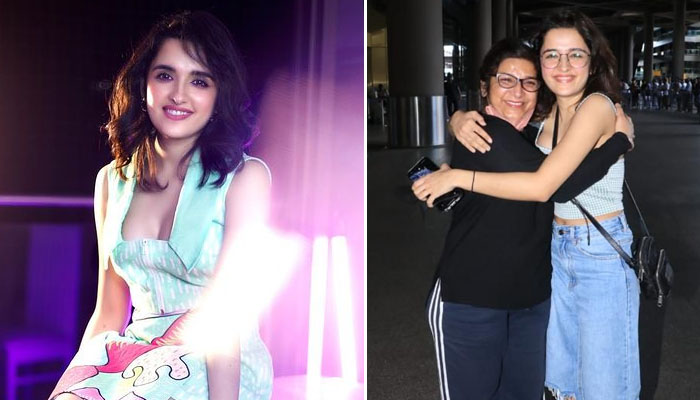 Shirley was seen earlier today at the airport receiving her mother, who flew into the country from Auckland. The actress and singer was born and brought up in Auckland, New Zealand and came to India to fulfill her dream of entering the entertainment industry. Her Father too is expected to come later on this week, right in time to witness their daughter, Shirley on the silver screen.

Speaking on this Shirley says, “I am extremely excited that my parents are coming to India, to be by my side for such a big occasion. I last met them in 2020, before Covid and it’s been too long. 17th June is a big big day for me since my Bollywood debut NIkamma releases and what makes it even more special is to have them by my side for this.”

“I am super excited because Nikamma was made to be a family entertainer, so that families can go together to cinemas and enjoy the film and I too will be enjoying the movie along with my family,” she concludes.

To have her parents fly down to stand in support of the release of her Bollywood debut surely sounds like a double bonanza for Shirley, doesn’t it ? Stay tuned to see her shine on the silver screen with her film, Nikamma !