Various Hindi, as well as Marathi film projects have started going on floor and have started shooting on a war front attempting to reverse the pandemic effects. Well-known actor-producer and director Mahesh Manjarekar is one of the names who recently started shooting for his new Marathi dream project on 28th October 2020. 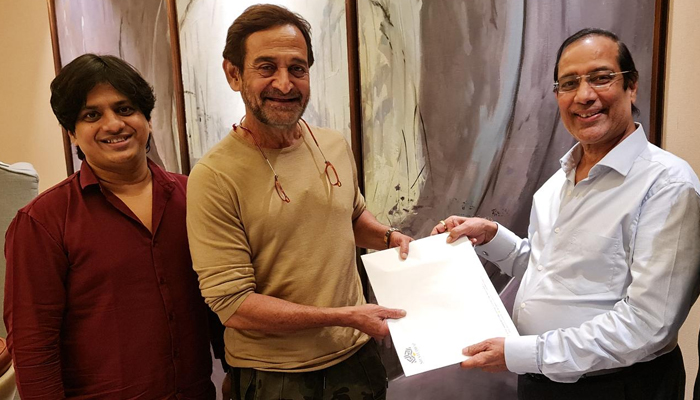 NH Studioz which has earlier been part of pathbreaking films like ‘Pink’, ‘Shivaay’, ‘Began Jaan’, ‘Omerta’ and many more, have now joined hands with the Marathi film industry’s biggest superstar – Mahesh Manjarekar for the untitled next whereas Vijay Shinde who set his foot-long back in this industry is co-producing the same.

Vijay is known as a very respectable and approachable name. Shinde’s success quotient far outruns that of many of his contemporaries – leading 20 years at Zee and producer of Marathi film Poraga Majetay with the National award-winning director Makrand Mane.

The film is based on the crime thriller genre and will be touted as the biggest Marathi film of 2021. To raise the curiosity element the creators decided to keep everything under the wrap. This untitled venture recently starts its first shooting schedule whose muhurat shot took place on 28th October.

Talking about this ambitious project, director Mahesh Manjrekar said, “I have been thinking about making this project for a long time, the story was already built up in my head and when I met my long-time friend Vijay Shinde on one of the occasion I narrated this storyline to him. Immediately, Vijay roped in Narendra ji, knowing his inclination towards content driven films. With Ninety-nine productions and NH Studioz, We have the most appropriate synergy backing the film. I am deeply humbled by this and thank them for keeping faith in me and the project.”

Commenting on entering into Marathi cinema, Shreyans Hirawat, Director of NH Studioz said, “We at NH Studioz believe in good content and have been waiting patiently for the right script. We feel blessed to launch our first Marathi project with an industry veteran like Mahesh Manjrekar. We were instantly hooked on to the story when Maheshji narrated it and wanted to be associated with the film. We are glad to add this new chapter to our journey as we complete 40 years in the industry.”

Vijay Shinde, Director of 99 productions said, “The biggest achievement according to me would be getting these two stalwards NH studio & Mahesh Manjrekar sir together for a project. During the lockdown I went through more than 200 scripts and for me this one was the best story, and I am glad I am a part of it. I am sure in 2021, this would be most acknowledged film.”

The untitled next marks the foray of NH Studioz into regional cinema as producers. Mahesh Manjrekar’s production house ‘Mahesh Manjrekar Movies’ are the line producers and Vijay Shinde’s 99 Productions are the co-producers on the film.