H.Vinoth’s directorial Tamil movie Nerkonda Paarvai has witnessed thunderous response on its opening day across India. As expected it has received very strong reviews from viewers, as it is getting from critics. Everyone found the movie very impactful and must watch for the society. 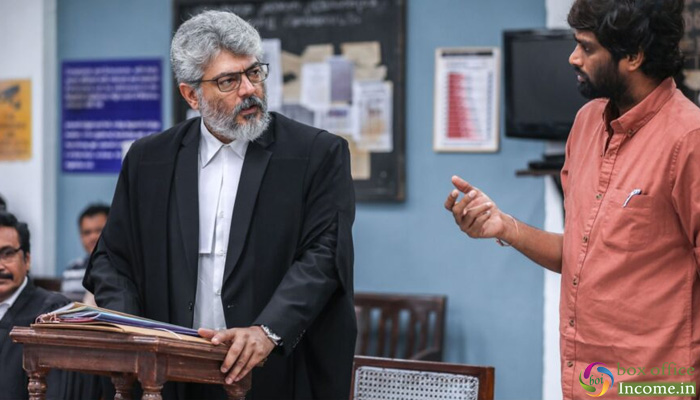 Nerkonda Paarvai features the Ajith Kumar, Shraddha Srinathm Abhirami Venkatachalam and Andrea Tariang. All of them have performed superbly well. Especially the Ajith, he has nailed it and once again proved his skills. Director H.Vinoth is also being praised by everyone for his brilliant direction.

Nerkonda Paarvai is a faithful remake of 2016 Bollywood hit Pink. In a country like ours, the number of s*xual assault, rape and molestation cases are an everyday affair. It is saddening to see that films Pink and Nerkonda Paarvai still remain relevant and also act as a trigger for many women who have been on the receiving end of some form of s*xual misconduct.

On the opening day, this courtroom thriller drama Nerkonda Paarvai opened up with an excellent occupancy of 65% across the country. With strong word of mouth, it picked up well and recorded the overall occupancy of 75-80% on Thursday. As per the report, it has raked the business of 14.82 crores on Tamil Nadu box office.

Produced by Boney Kapoor, Nerkonda Paarvai also marks the onscreen debut of popular news editor Rangaraj Pandey, who reprises the role played by Piyush Mishra in the original. Yuvan Shankar Raja has composed the music for the project.