Bobby Deol was the heartthrob of millions in late 90s and everytime the actor came on big screen audience have showered love and his fan base kept growing. The actor is now set to storm the world of OTT with a film and a series in lead roles belonging to different genres and promising to showcase him in an all new avatar. 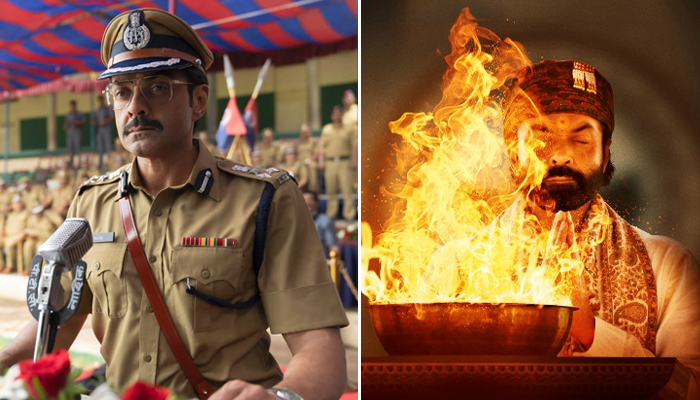 Bobby Deol’s digital debut film “Class of 83”, where he will play the role of Dean Vijay Singh, a dedicated and honest cop who is forced to take certain actions for greater good, will release on Netflix on August 21, 2020. Following suit is the Prakash Jha directed Web Series “Aashram” where he will play the role of infamous “Kashipurwale Baba Nirala”, which will stream on MX player from 28 August.

The core strength of both the projects lies in power packed performances by the protagonist, and Bobby, who was earlier associated with romance, action and comedy, has truly impressed the audience with the glimpses of his characters in both the trailers.

The audience erupted with praise for how Deol has undergone a complete transformation in terms of his look and demeanour for both the roles. From the trailer, his performances look multi-dimensional, nuanced and unlike anything he has done before.

The audience has since been lauding Bobby for his unconventional choice of roles and are excited to witness the all new – performance backed OTT version of the actor.