The entertainment industry has been one of the most affected sectors in India that was struggling for more than a year now. As the government of India announced nationwide lockdown, it had a direct impact on the people from the industry be it the technical crew/spot boys to the theatre staff and teams working to provide us entertainment. 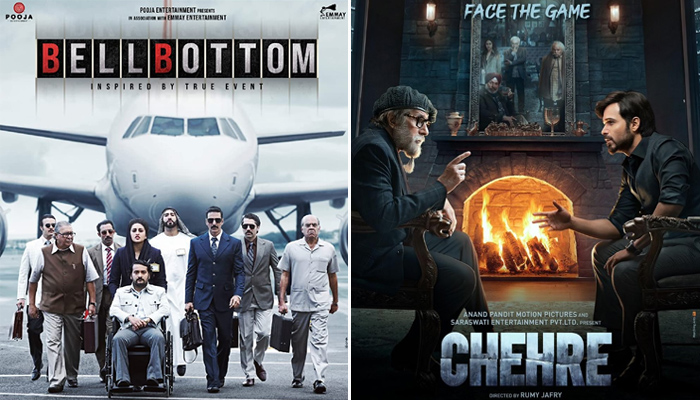 Although the ease of COVID restriction allowed makers to resume their shoots with the limitation of public gathering, the theatres continue to be closed in some states of India. Moreover, cities or states where the theatres have reopened are working with only 50% occupancy.

Using the provisions made for theatre owners after the second lockdown, makers of films like Chehre and Bell-Bottom took a step forward to provide a helping hand to this sector. The release of these two films in the theatres has encouraged theatre owners and distributors to regain all their strength and stand again.

Anand Pandit’s Chehre was set to release in 2019 and then 2020 but due to multiple restrictions, the makers decided to postpone the release. Talk about the film having a digital premiere were rife but the makers were set to give their labour of love a theatrical release. Even Emraan Hashmi thought that it is the responsibility of makers to stand firmly with the distributors and hence the film was finally recently released in the cinema halls.

With all the constraints since March 2020, the theatre owners today have a smile on their faces as both Chehre and Bell Bottom have been released in the theatres.