Janhvi Kapoor recently completed her next thriller Milli and wrote a heart-touching message on working with her father, Boney Kapoor, in their first film together. Talking about the same, Janhvi Kapoor while sharing a slew of memories from the sets of the film. 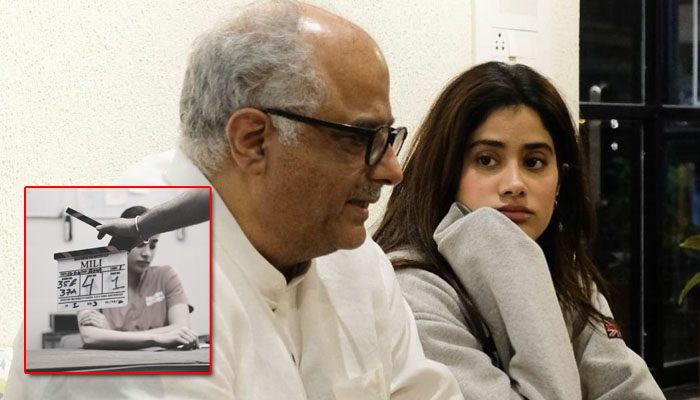 While making the announcement, Janhvi Kapoor wrote, “It’s a wrap! #Milli My first film with papa, of whom I’ve only heard stories of all my life as a producer. But after working with you, and it feels so cool to say that!! I finally know what everyone means when they say you give your heart and soul to each film you take up.”

She continued, “That isn’t the only reason this film is so special to me- it’s been the most inspiring journey to work with someone so completely consumed by his focus and love for cinema like @mathukuttyxavier sir. Thank you and @noblebabuthomas for your guidance and patience.”

“For reinstating in my belief that if you work honestly enough and hard enough, however tough the journey is- it’s still the closest thing to magic. And it’s worth everything. I hope you guys feel the same way when you see the film! And I hope we make you proud papa, thank you for this journey,” she conculdes.

Directed by Mathukutty Xavier, the movie stars Janhvi Kapoor in the lead with other significant actors namely Sunny Kaushal and Manoj Pahwa. The movie is the remake of the Malayalam thriller film, Helen. Milli release date is yet to be revealed.