Kangana Ranaut much-awaited Manikarnika: The Queen of Jhansi has got failed to make any improvement in its business over the second weekend after the under-performed opening week. Due to the release of Aditya Dhar’s Uri: The Surgical Strike, the period-action drama is now struggling to attract enough audience toward itself in theatres. 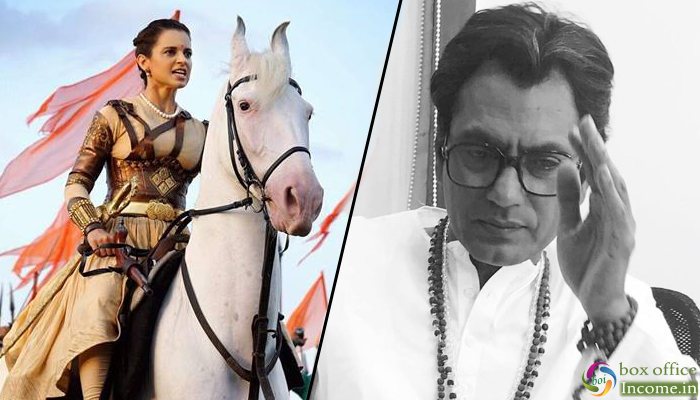 Directed by Krish, Manikarnika: The Queen of Jhansi got failed to hit the target right, but received positive feedback from viewers. As a result, in the opening week, it registered the business of 61.15 crores which included 42.55 crores in the weekend and 18.60 crores on weekdays from 3000 screens nationwide.

Then in the second weekend, Zee Studios and Kairos Kontent Studios’ production hasn’t witnessed any significant growth and managed to collect the amount of only 3.50 crore on Friday, 5.25 crore on Saturday & 6.75 crore on Sunday. With this, the total 10 days collection of Manikarnika: The Queen of Jhansi has become 76.65 crores including Hindi, Tamil & Telugu.

On the other hand, Nawazuddin Siddiqui and Amrita Rao starrer Thackeray showed remarkable growth over the weekend and also remained rock-steady in weekdays due to positive word of mouth. All the actors have given brilliant performances as always and received huge appreciation from everyone.

In the opening weekend, it did the business of 22.90 crores that included 6 crore of Friday, 10 crores of Saturday and 6.90 crores of Sunday from 400 screens. Then in weekdays, on a steady note it minted 2.90 crore on Monday, 2.50 crore on Tuesday, 1.70 crore on Wednesday and 1.60 crore on Thursday. With this, total one week collection of Thackeray has become 31.60 crores.