After donning a much rustic look with bushy beard for a long time, Maniesh Paul has suprised his fans and followers with a completely clean shaven look. The multi-faceted performer took to social media sharing a picture of his new look, asking the followers for their review. 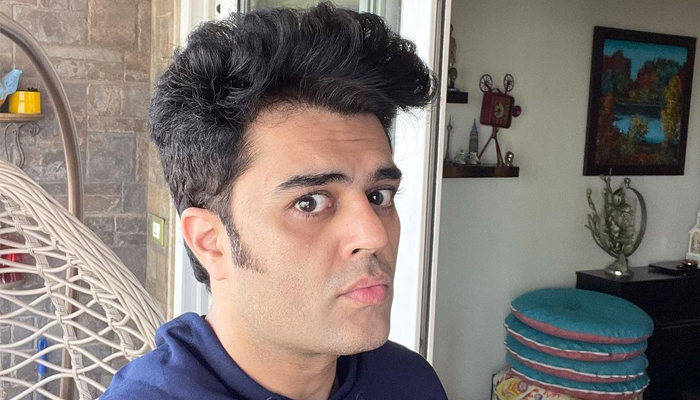 Maniesh Paul shared a picture of his clean shaven look with the caption, “When you use a razor after 11 years and dont know where to stop…hahahahaha clean shaven or beard??what say? kya bolti public!!!#mp #newlook #shave #clean #beard #look #stubble”.

Soon after his post, comments from close ones started pouring in humorously comparing his new look to his younger self. Vishal Dadlani commented saying, ‘I knew this kid in 2010’. Known for his bold experiments with appearances, Maniesh Paul had recently earlier coloured his hair bright electric blue, creating buzz across town.

The dedicated and hardworking actor build his physique to slip into the character of a Punjabi Munda for his upcoming film ‘Jug Jugg Jeeyo’, where he plays a pivotal role joining the ensemble cast of Varun Dhawan, Kiara Advani, Anil Kapoor and Neetu Kapoor. Working hard towards his fitness, Maniesh Paul also shared his bare backed picture recently alongwith Dwayne Johnson’s photo, calling himself a pebble against ‘The Rock’.

Captivating the audience with his quick wit and spontaneous humour, Maniesh Paul has emerged amongst the top entertainers of the nation. Touted as the life of award shows and the ‘Sultan of Stage’, Maniesh Paul hosted the Filmfare Awards this year which recently telecasted on television.