Actor and presenter Mandira Bedi, popularly known for her performance in Dilwale Dulhania Le Jayenge, has met with tragic news. The actress’ husband Raj Kaushal breathed his last on June 30 as he succumbed to a heart attack. 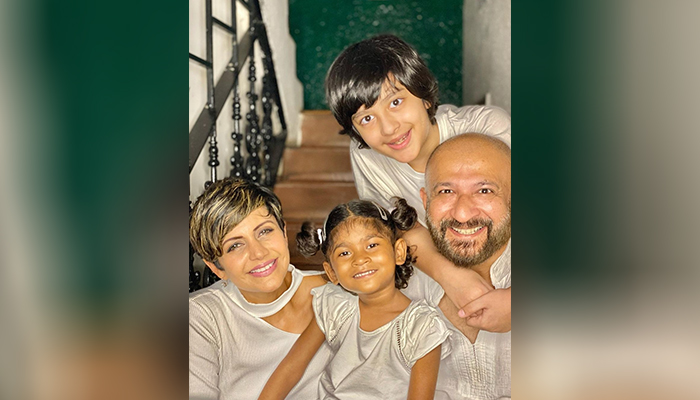 Director Onir, who worked with Raj Kaushal on My Brother… Nikhil, informed everyone about this tragic news. Sharing a picture of Kaushal, Onir tweeted, “Gone too soon. We lost Film maker and Producer @rajkaushal1 this morning. Very Sad. He was one of the producers of my first film #MyBrotherNikhil. One of those few who believed in our vision and supported us. Prayers for his soul.”

“Cannot believe Raj Kaushal isn’t with us any more… Just so shocking. My hear goes out to Mandira Bedi and her two lovely kids RIP our happy smiling Raj… Your gentle soul will be missed,” tweeted actress Tisca Chopra.

Mandira Bedi tied the knot with Raj Kaushal on 14 February 1999. The couple welcomed their first child, a baby boy Vir, in June 20211. In October 2020, they adopted a girl of 4 years and named her Tara Bedi Kaushal.