After delivering a massive hit together – Mafiyaan, the multitalented twins Sukriti-Prakriti along with Mellow D are back with another groovy song ‘Majnu’. The music video stars one of Indian television industries most handsome sibling duo Abhishek & Siddharth Nigam, who are seen together in a music video for the first time. 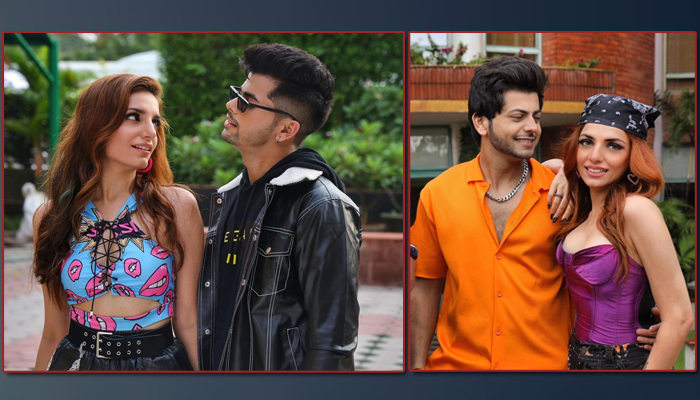 ‘Majnu’ is about a feisty and quirky take on a modern-day love story from both girls and boys perspective, sung by Sukriti-Prakriti with MellowD. The song is composed and co-written by MellowD and The Rish, brings out the traditionality of the beats, heavily inspired from the 90’s Indian pop music.

This vibrant music video has been directed by Sneha Shetty Kohli who brings out a sizzling chemistry between Sukriti – Prakriti and Abhishek and Siddharth Nigam. The video is set in a college environment with a very lively mood that portrays fun and games involved in the process of wooing the girls. The protagonists in the video will evoke your inner ‘Majnu’ and make you groove to the captivating song which is sure to be a hit amongst the millennials.

Talking about their latest release, Sukriti and Prakriti stated, “We love getting fun-filled songs to our audiences. Majnu is another enjoyable song with two pair of siblings coming together for the first time in a music video. Siddharth and Abhishek Nigam have undoubtedly taken the video to the next level! Mellow D and The Rish have beautifully composed and written the song and it’s always been a wonderful experience working with the entire team. The song is out now on VYRL Originals, and we hope to receive as much love as we did for our previous releases.”

Excited about their first music video together, the Nigam Brothers (Siddharth & Abhishek) said, “Majnu is a perfect party song, especially the hook steps as you are bound to get addicted to it! It is our first music video together and, we had an amazing time shooting with Sukriti- Prakriti. The song has a completely modern vibe with urban beats making it an absolute millennial favourite. The whole team of VYRL Originals is fun to work with and, we are thrilled to have been a part of it.”