The makers of Richa Chadha starrer Madam Chief Minister unveiled the teaser poster of the anecdotal political drama directed by Subhash Kapoor. With the fierce actress playing the protagonist in the film set in UP, the film is about a woman who choose to debunk the men and society, that tried to shackle, demean and defeat her. 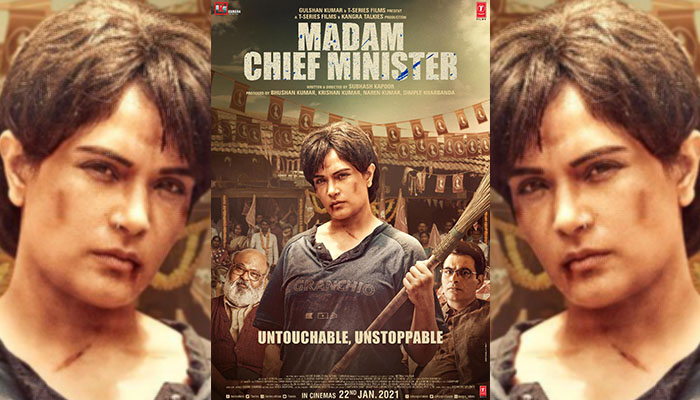 In the poster, Richa is seen sporting short hair and has dislevelled bruises on her face. She is seen holding a broom in her hand. We also get glimpse of her co-stars Saurabh Shukla and Manav Kaul on each of her side.

Richa Chadha took to her Twitter handle to unveil the teaser poster and wrote, “Glad to present to you all, my new movie #MadamChiefMinister, a political drama about an ‘untouchable’ who hustles and makes it big in life! Out in cinemas on 22nd January! Stay tuned!”