Vikrant Massey dropped a photo with his Love Hostel co-stars Sanya Malhotra and Bobby Deol and director Shanker Raman. The cast and crew of the film have wrapped up the shoot. Love Hostel, a crime thriller, is being produced by Shah Rukh Khan along with Manish Mundra. 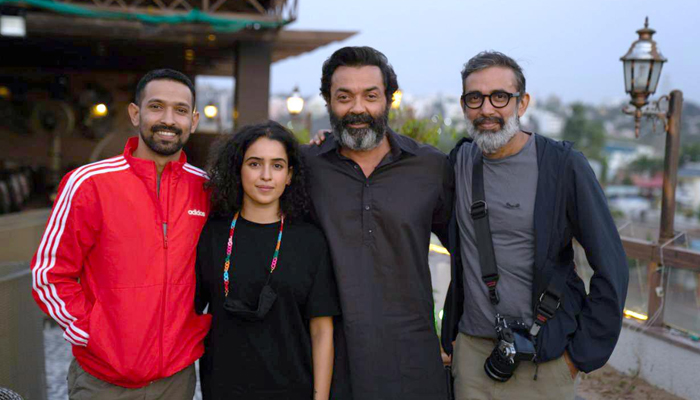 Actor Bobby Deol also shared the same, he captioned it, “It’s a wrap for us but a gift for you guys! #LoveHostel”.

In a statement, the makers explained the film as, “Set against the pulsating backdrop of rustic North India, Love Hostle traces the volatile journey of a spirited young couple, being hunted by a ruthless mercenary. The star-crossed loves take on the entire world and then more in search of their fairytale ending. This is a survival tale in the game of power, money and principles, with mayhem and bloodshed.”

Love Hostel was announced in October last year. The film is a crime-thriller set in North India. Sanya Malhotra and Vikrant Massey play lovers in the film who fight the entire world for love. As per sources, Bobby Deol will be seen playing negative characters in the film, marking his first ever villainous avatar on-screen. The film is written and directed by Shankar Raman, it is bankrolled by Red Chillies Entertainment.