Vijay Deverakonda will be making his much talked about Bollywood debut with Liger, to be directed by famous South filmmaker Puri Jagannadh. The film, which also features Ananya Panday, is expected to feature in a power-packed action role but a recent poster of the Arjun Reddy actor has left his audience shocked. 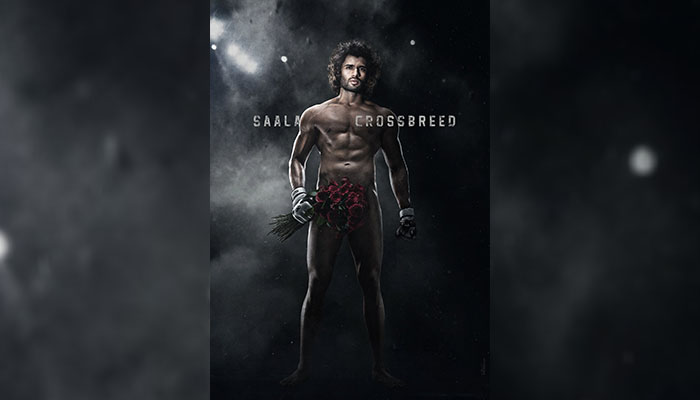 The actor took to his social media and shared his fiery look from Liger. He wrote, “A Film that took my everything. As a performance, Mentally, physically my most challenging role. I give you everything! Coming Soon #LIGER.”

In this photo, that reads ‘Saala Crossbreed’, we can see Vijay Deverakonda baring it all out, as he poses with no clothes. A bouquet of roses is tactically placed that covers his private parts but the naked photo has definitely captivated his audience.

Directed by Puri Jagannadh, the film also stars famous boxer Mike Tyson in a pivotal role. As per earlier reports, Liger will feature the beastly side of Vijay Deverakonda whereas his chemistry with Ananya Panday is yet another intriguing element in the film.

Cinematography is handled by Vishnu Sarma, while Kecha from Thailand is the stunt director. Puri Jagannadh, Charmme Kaur, Karan Johar, and Apoorva Mehta together are bankrolling the film. It is slated to release on August 25, 2022.