Superstar Akshay Kumar’s upcoming horror comedy drama film Laxmmi Bomb once again hit the headlines with it’s first look poster and final release date. Since the time of announcement, the film is buzzing among fans loudly and all were excitedly looking for further updates about it from the producers’ desk. 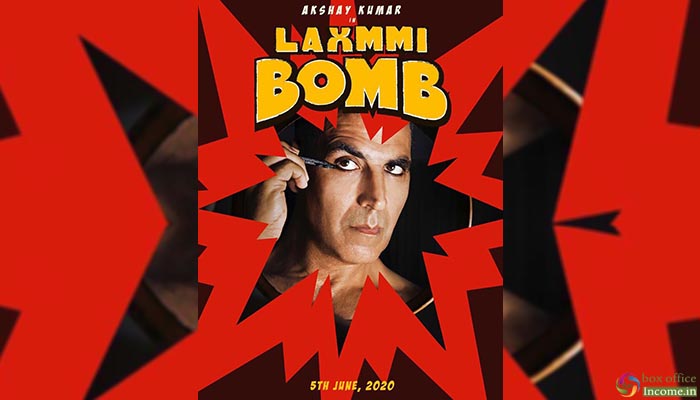 To set pre release buzz for the film, makers have started teasing audience. On May 18 Saturday, actor Akshay Kumar unveiled the first look poster of the film. He twitted, “Bringing you one bomb of a story, #LaxmmiBomb starring @Advani_Kiara & yours truly!

Laxmmi Bomb is the official remake of 2011’s Tamil film Muni 2: Kanchana, that was directed by Raghava Lawrence and had the actor Raghava Lawrence, Lakshmi Rai, Kovai Sarala, Devadarshini and Sriman in pivotal roles. While the new version is starring Akshay Kumar and Kiara Advani in lead roles.

Buzz has it that Amitabh Bachchan might also appear as a transgender ghost in Laxmmi Bomb. Anyhow, currently Akshay Kumar is gearing up for his forthcoming Housefull 4 which is all set to hit theaters on Diwali 2019, featuring Kriti Sanon, Riteish Deshmukh, Kriti Kharbanda, Bobby Deol and Pooja Hegde.