Bollywood actress Kiara Advani is achieving feats one after another, not just by bagging interesting and grand-scale films but also adding brands to her list rapidly. Becoming the first female ambassador of the luxury car Audi India, Kiara Advani has added another feather to her cap, joining the league of Virat Kohli and Regè- Jean Page who earlier associated with the brand. 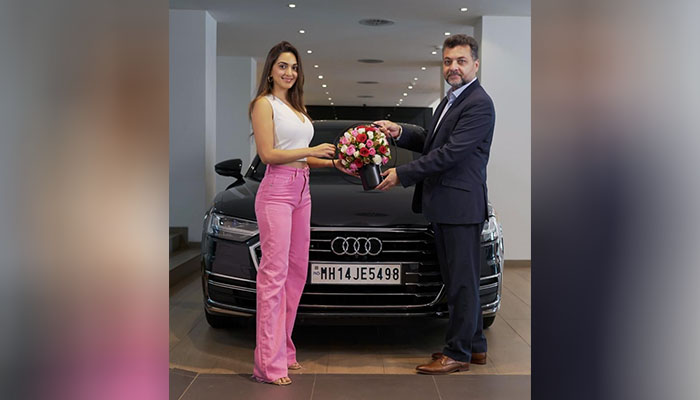 It is pouring announcements for Kiara Advani becoming the invincible personality with omnipresence. The unmissable star is constantly making headlines for her film announcements, shoots, achievements as well as brand collaborations.

With a long list of brand endorsements from varied sectors, Kiara is offering the testimony of her wide reach and popularity appealing to masses across age groups and demographics.

Also emerging as one of the most in-demand actors across the globe, Kiara Advani bagged her position amongst some of the biggest names like Shah Rukh Khan, Salman Khan, Allu Arjun, and international icons like Tom Hiddleston, Sung Hoon amongst others, becoming the only female name alongwith Priyanka Chopra Jonas.

Enjoying the astounding success of Shershaah, Kiara Advani is relentlessly working and has wrapped two films already- Bhool Bhulaiyaa 2 and Govinda Naam Mera, and is currently shooting for a marathon schedule of Jug Jugg Jeeyo, post which she will resume S Shankar’s RC-15.