‘Khuda Haafiz: Chapter II – Agni Pariksha’, starring Vidyut Jammwal, is slated to be released in cinemas on June 17. A follow-up to the 2020 action-thriller ‘Khuda Haafiz’, the upcoming movie is written and directed by Faruk Kabir who penned and helmed the first film in the franchise as well. 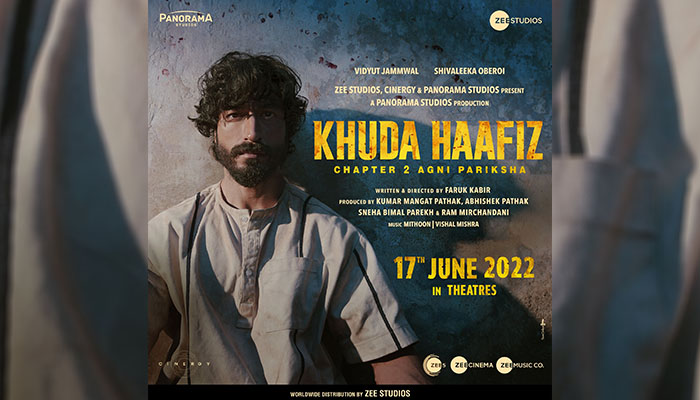 On Thursday, Vidyut took to Instagram and shared the update with his fans and followers. “Witness the #AgniPariksha of Sameer & Nargis in #KhudaHaafizChapterllAgniPariksha. Releasing in theatres on June 17, 2022,” he wrote.

‘Khuda Haafiz Chapter 2 Agni Pariksha’ is touted as an intriguing sequel to his romantic thriller ‘Khuda Haafiz’, which was released on OTT streaming giant Disney Plus Hotstar in 2020 amid the COVID-19 pandemic.

Khuda Haafiz is produced by Kumar Mangat Pathak and Abhishek Pathak while it’s directed by Faruk Kabir again. Shivaleeka Oberoi is yet again a part of the sequel opposite Vidyut.

Vidyut also has a number of other interesting projects lined up like, Sher Singh Rana, and he has also turned producer with IB 71. The film is dedicated to the intelligence officers of India who’ve inspired it.