Fans have often and always shown their love for their favourite superstar. But what happens when a superstar showers his fans with love and an appreciation post? Well, it creates an havoc on the internet, makes the post go viral and cross crazy number of views too. That’s the effect of Kartik Aaryan’s last post. 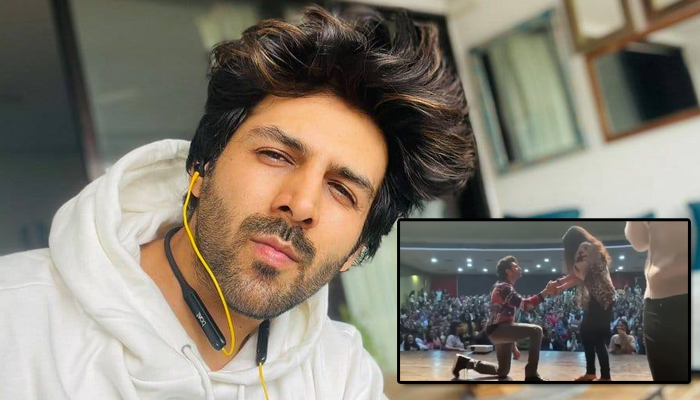 A few days ago Kartik Aaryan had posted a video where he was seen going on his knees to make his lucky fan feel special at a college hall. The video is a throwback from one of his film promotions where he went all out to please his young fans. Kartik had posted the video to express his undying love for his wellwishers, how much he misses them and even coined the term ‘Fanception’ for his love for his fans.

The video has now crossed 10 million views on Instagram and that’s a huge number for a post to garner in couple of hours. Top Hollywood celebrities and pop icons like Justin Bieber and Lady Gaga garner such wide response in their views on social media. Kartik Aaryan is called the heartthrob of the nation and is widely popular on social media. Hence, such humungous response to his video doesn’t come as a shocker.

Kartik Aaryan is one young superstar in our country who has always worked to please his fans on the digital world. Even amid the pandemic he entertained the masses with his witty posts and a chat show Koki Poochega that spread knowledge and lot of smiles.

This man is truly adored and loved by the masses and the big number on his posts is just a glimpse of the young star’s popularity. Hats off to this heartthrob and his constant love for his fans!