Kartik Aaryan wished Ram Madhvani, the director of his upcoming film ‘Dhamaka’ on his birthday via video call, owing to the lockdown restrictions across the nation. Sharing a screenshot of the same, Kartik wished the filmmaker a Dhamaka-daar birthday. 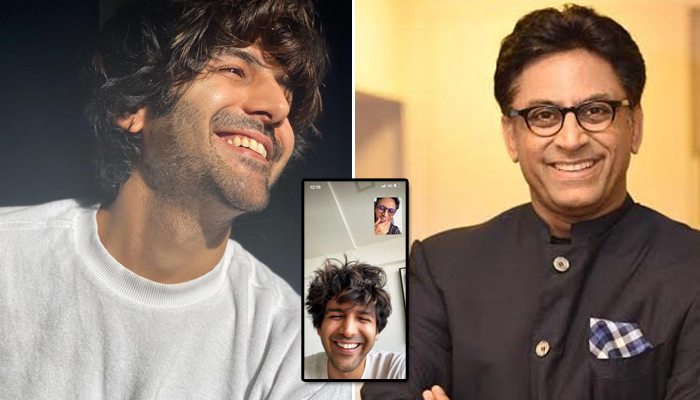 Wishing Ram Madhavni, Kartik said, “Wishing my genius director @RamKMadhvani sir a Dhamaka-daar birthday 💥”. The filmmaker also expressed his gratitude saying, “Thank you so much Kartik for the wishes and the trust and faith 🤗💪🎥🎬”.

Kartik Aaryan created an uproar across the nation as he wrapped the shoot of Dhamaka in just 10 days, exhibiting extreme dedication and commitment to his work. Winning praises from all quarters for his professionalism to adapt to the changes, rehearse and wrap the schedule in such limited time owing to the virus scare, Kartik Aaryan created history.

The actor has time and again expressed his fondness for the director Ram Madhavni across social media, the same has been reciprocated by the director as well.

Playing a news anchor covering a catastrophic incident, Kartik Aaryan brings to screen the intense and intriguing story of Arjun Pathak in Dhamaka, which is scheduled for release this year.