Actor Kartik Aaryan has started shooting for his upcoming film “Shehzada”. Announcing the same on his social media, Kartik Aaryan shared a clapboard image from the sets. 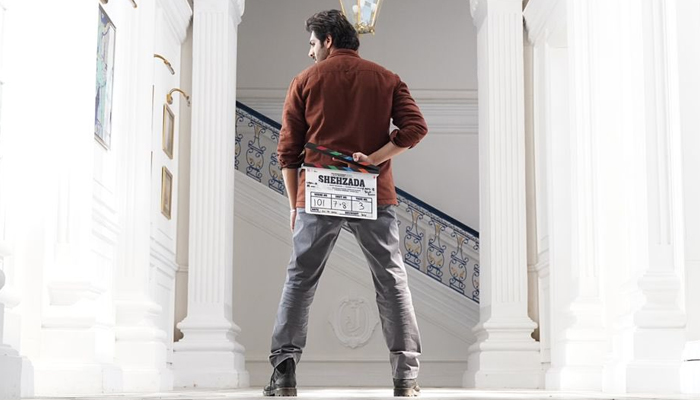 In the picture, Kartik can be seen holding the clapboard on the sets without revealing his look from the film. He is seen donning a red shirt and trousers as he begins the shoot. Sharing the picture on his handle, Kartik wrote, “#Shehzada Shuru…”

Reportedly, the film, Shehzada, is a Hindi remake of Allu Arjun’s Telugu Blockbuster Ala Vaikunthapurramuloo. One of the biggest hits of 2020 down south will now be recreated for the Hindi audiences.

The film is directed by Rohit Dhawan and is backed by Bhushan Kumar, Allu Arvind and Aman Gill. The film is packed by great music and drama and the songs will be composed by Pritam.

A few days back, the logo of the film along with the release date were unveiled by Kartik Aaryan and Kriti Sanon on social media and it had left fans excited for them. Apart from Kartik and Kriti, the film will also star Paresh Rawal, Manisha Koirala, Ronit Roy, Sachin Khedekar. It will release on November 4, 2022.