Kartik Aaryan has been making waves recently, with his top notch portrayal as Arjun Pathak in the film, Dhamaka. Now the actor is on his way to Goa for the screening of his film at IFFI. 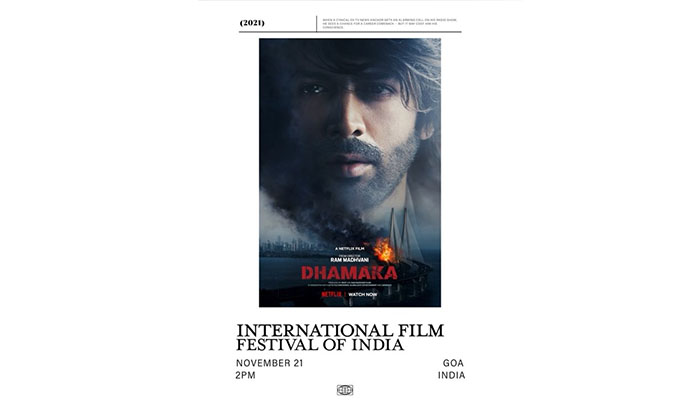 Taking to his social media, Kartik shared a photo of the schedule for Dhamaka to be screen at the International Film Festival of India. He wrote, “Its an honour 🙏🏻 #Dhamaka is being screened at IFFI which I always visited as a fanboy ❤️ @iffigoa”

From audiences to critics, Dhamaka has been a favourite among all with Kartik Aaryan’s brilliant performance in a completely new role being the highlight of the film. It also won the film some of the highest ratings like 8.9/10 on IMDB and 4.5 stars on Google.

Kartik’s Dhamaka is currently streaming on an OTT platform.