It’s Kartik Aaryan’s obsession or addiction – but the young superstar loves to create a rage with his dance videos. Last time his rendition on Butta Booma got the internet on fire and today he repeats his magic as he puts on his dancing shoes. 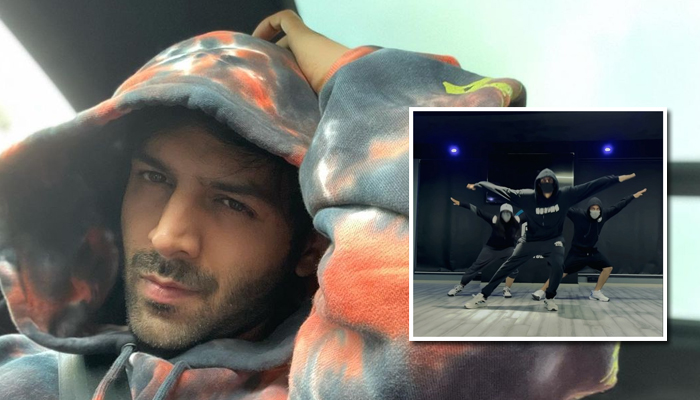 Kartik Aaryan took to his social media and shared a video of him dancing to Rowdy Baby. The song is a smashing chartbuster from Maari 2 featuring Dhanush and Sai Pallavi. The song is one of the most liked Indian videos and is known for its crazy dance steps.

And how can one even equal the magic of this song, forget even exceeding it.  But trust the heartthrob of the nation who has a knack to exceed expectations. The actor shared the reel dancing to the song and captioned it, “#DancingBaby 🔥 #RowdyBaby ❤️‍🔥’  and boy, the moves will leave your jaws dropped on the floor.

Kartik Aaryan’s dance steps are iconic and though Dhanush and Sai Pallavi’s iconic steps are in our etched in our minds and yet Kartik Aaryan manages to make us to sit back and watch this in awe. What we love about Aaryan is the fact that he always brings his own take to the iconic songs and makes the netizens go crazy. This boy surely knows how to set the floor on fire.

Kartik Aaryan has a mix of genres in the coming months. If he has intense roles like Freddy – which he’s currently shooting for, Dhamaka and Hansal Mehta’s Captain India. He even has Sajid Nadiadwala’s musical romance, and probably the remake of Ala Vaikunthapuramuloo and horror comedy Bhool Bhulaiyaa 2.