With the Maharashtra government announcing the reopening of theatres, filmmakers, actors and producers are locking release dates for their films and sharing the same. 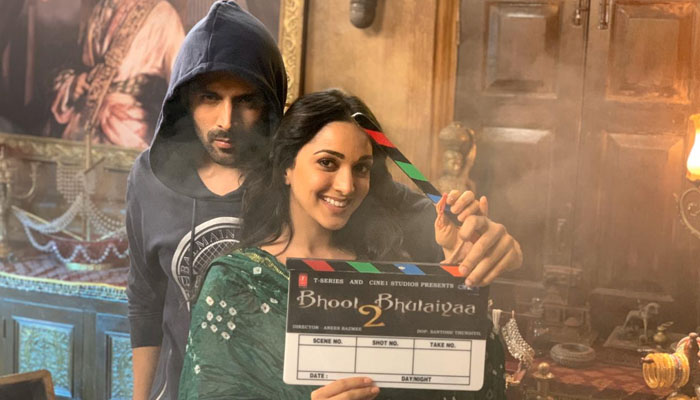 Speaking of which, Kartik Aaryan and Kiara Advani starrer highly anticipated ‘Bhool Bhulaiyaa 2’ gets slated to release in March next year. The film also stars Tabu in a pivotal role.

Directed by Anees Bazmee, the film is a standalone sequel to Priyadarshan’s 2007 iconic horror comedy-drama, Bhool Bhulaiyaa. The original film featured Akshay Kumar and Vidya Balan in the lead roles.

Rajpal will make a comeback to entertain the audience with his rib-tickling comic role in the sequel of the film. Bhool Bhulaiyaa 2 is produced by Bhushan Kumar, Murad Khetani, and Krishan Kumar under the banner of T-Series and Cine 1 studios.

In the same line, Bhushan Kumar and Murad Khetani as well have now announced a new release date for Bhool Bhulaiya 2. The much awaited horror thrill, Bhool Bhulaiyaa 2 will now release on March 25, 2022, at a theatres near you.